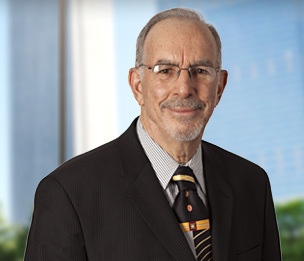 A company that specializes in partnering with lenders and lawyers to sell foreclosed homes has sued two Chicago collar counties, claiming they ignored state and federal law in setting up virtual monopolies by having their sheriffs conduct foreclosure auctions themselves.

On Dec. 20, Chicago-based Intercounty Judicial Sales Corp. filed suit in the U.S. District Court in Chicago against Lake and Will counties, alleging that they violated Intercounty’s constitutional rights and overstepped the bounds of the federal Sherman Antitrust Act and Illinois’ Mortgage Foreclosure Law of 1987.

Intercounty is being represented in the action by attorneys Bruce L. Goldsmith and David J. Bressler of Dykema Gossett PLLC in Lisle.

Besides Lake and Will counties, the company’s suit names Will County Sheriff Paul J. Kaupas, Lake County Sheriff Mark C. Curran, and the law firm of Dunn, Martin, Miller & Heathcock in Plainfield, which assists Will County in processing foreclosure sales at auction, as defendants.

The suit continues a long-running tussle between Illinois counties, like Will and Lake, and companies like Intercounty over what constitutes the proper and most efficient way of processing foreclosed homes.

In Will County, for instance, the suit states that the sheriff’s office has always handled so-called judicial sales, in which a court orders a foreclosed home be sold at auction. To process those sales, the county partnered with the Dunn law firm, dividing its fees for the processing of each sale with the firm.

And in Lake County, the suit notes the county government there has moved to claim a larger and larger share of the foreclosure auction market each year since 2009.

Prior to 2009, Intercounty claims, it and other private companies handled almost every judicial sale in Lake County. But in 2009, the county board approved a new ordinance, giving its sheriff more expansive powers to conduct the judicial sales and collect fees on the sales.

By 2012, the company contends that the Lake County Sheriff’s Office was conducting virtually every judicial sale in that county.

The fees Will and Lake counties charge lenders, law firms and other sellers brought in more than $1 million in revenue to each county in 2012, according to Intercounty's complaint.

The company claims the actions of the two defendant counties come at the expense of both the housing market and the law.

It argues that the counties' actions have driven up the cost of processing foreclosures, as it slows the process and tacks on hundreds of dollars in unnecessary fees to each sale.

The suit notes, for instance, that in 2008, federal agencies “opted to use a private selling officer rather than then sheriff in 99 percent of their mortgage foreclosures in Lake County.”

The company further argues Illinois’ mortgage foreclosure law that took effect in 1987, and subsequent judicial rulings,  affirm the right of sellers to request judicial sales be handled by a private company, rather than the county sheriff.

Thus, it contends, counties that opt not to give sellers that choice, but instead funnel all judicial foreclosure sales through their sheriff’s offices, are violating the law.

The company asserts that Will and Lake counties have violated its constitutional rights of contract and due process, and have established an illegal virtual monopoly in violation of federal antitrust law.

Intercounty alleges that that prior to filing its suit, it attempted to address its concerns with Will County government officials in 2011, but the county declined to discuss the matter.

In its suit, the company has asked the court for an injunction against the two counties, prohibiting the county sheriffs from continuing to force sellers to use the sheriffs’ offices to process judicial sales, if the sellers wish to have a private party handle the transaction.

Intercounty also requested a judgment specifically declaring the counties’ “control over the conduct of judicial sales to the virtual exclusion of private selling officers” is illegal, as well as unspecified monetary damages.