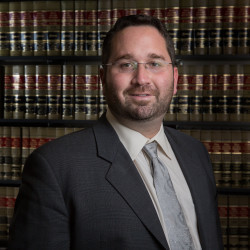 A man who alleges he was injured when his bicycle hit a pothole is suing the city.

Carlos A. Campo filed a lawsuit April 29 in the Cook County Circuit Court against the City of Chicago, citing negligence and willful and wanton misconduct.

According to the complaint, Campo was riding his bike in North Elston Avenue's bicycle lane on May 5, 2009, when he hit a pothole in an area with insufficient lighting and sustained injuries.

Campo contends the city had knowledge of this specific defect that caused his injuries and failed to properly maintain the bike lane.

He is seeking more than $50,000 in damages and is being represented in the case by attorney Erron H. Fisher of Sussman, Selig & Ross.