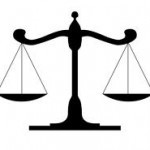 A Cook County woman suit against a hospital and restaurant after allegedly being hit by a handicapped woman's motor scooter in a hospital restaurant.

According to the complaint, Kenny was visiting the defendant hospital on Dec. 12, 2012, and decided to eat at Au Bon Pain cafe and bakery because the cafeteria was closed. As a result of the cafeteria's closure, Kenny says the cafe was overcrowded, creating an unsafe environment for patients, staff and other visitors.

Kenny claims she was standing in the cashier line when a handicapped woman, being guided by a hospital staff person, struck her right leg and foot with a motorized scooter, causing severe injuries.

She accuses the hospital staff member of being negligent by directing the woman driving the scooter right into her and alleges that the hospital, Au Bon Pain and its operator, Morelli, violated the safe capacity number for persons allowed inside the restaurant.

Kenny seeks damages in excess of $50,000, plus court costs, and is represented by attorneys at O'Connor Law Group in Chicago.

This is a report on a civil lawsuit filed at Cook County Circuit Court. The details in this report come from an original complaint filed by a plaintiff. Please note that a complaint represents an accusation by a private individual, not the government. It is not an indication of guilt and it represents only one side of the story.

Want to get notified whenever we write about Northwestern Memorial Hospital ?

Sign-up Next time we write about Northwestern Memorial Hospital, we'll email you a link to the story. You may edit your settings or unsubscribe at any time.