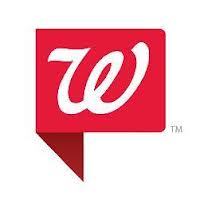 A controversy-plagued merger of American and European drug store superpowers will face another legal obstacle, this time from a class action lawsuit brought by an investor who believes Walgreen Co. did not disclose as much information to shareholders as the law requires in advance of a vote later this month on whether to complete a reorganization of the company following the planned buyout of pharmacy operator, Alliance Boots.

On behalf of similarly situated shareholders, Hays also wants Walgreens to shed more light on what may have transpired within the company’s leadership ranks to prompt the CFO to abruptly resign and then sue, and to answer questions over moves granting certain “activist” investors outsized representation on the company’s board.

Defendants named in the action, in addition to the company, are Walgreen’s board of directors, including board chairman James Skinner, billionaire investor Stefano Pessina, who would stand to gain control of the company following the merger, and outgoing CEO Greg Wasson.

Hays has asked the court to certify a class including Walgreen’s 73,500 shareholders, who collectively own nearly 945.5 million shares of the company's stock.

Court records show an initial status hearing in the case has been set for Feb. 5.

Hays filed the suit about three weeks before a scheduled Dec. 29 shareholder vote to ratify completion of Walgreen’s buyout of Alliance Boots and the reorganization of the company following the creation of the new Walgreen Boots Alliance Inc.

Should the deal be completed as planned, published reports indicate Pessina would hold more than 16 percent of the company’s stock, effectively controlling the company.

Wasson announced his retirement Dec. 10, leaving Pessina as acting CEO, according to a report published by Crain’s Chicago Business.

The merger stands at the center of Miquelon’s Oct. 16 lawsuit, in which the former Walgreen CFO alleged Pessina and Wasson pushed him out of the company and defamed him in public statements for opposing plans to relocate its corporate headquarters overseas to take advantage of lower corporate tax rates and for accurately adjusting Walgreen’s earnings forecast downward, resulting in stock losses.

However, as the date approached for the shareholder vote, Hays contends the company issued “false and materially misleading” S-4 and proxy documents to shareholders which, he asserts, did not meet the disclosure standards required by federal securities law, as they did not address any concerns or questions concerning Miquelon’s lawsuit and any “derivative liability” the company might face as a result of the allegations.

“Despite the serious allegations in the defamation complaint leveled at Pessina, whose ownership stake in and influence over the company will increase significantly if the share issuance is consummated, neither the S-4 nor the proxy even address those allegations,” Hays’ complaint states. “In fact, both the S-4 and the proxy fail to even reference the existence of the pending lawsuit filed by the company’s former CFO.”

Hays further claims the documents do not adequately discuss just how much of the company would be controlled by Pessina post-merger, why the board accelerated completion of the merger, or why the board opted to grant an “activist hedge fund,” identified as JANA Partners LLC, effective control over two seats on the board.

While the company has announced its intention to hold “an investor day” once the Alliance Boots acquisition is complete “to provide investors with greater insight into the company’s financial outlook, business strategy and capital structure," Hays says that information and more should be divulged immediately.

“That information is material to shareholders’ voting decision on the reorganization and share issuance, and, to the extent available, should be disclosed in advance of the (Dec. 29) special meeting,” he argues in his suit.