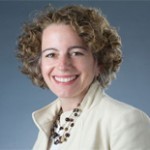 A federal judge has cleared the way for former District of Columbia Attorney General Linda Singer and the law firm for which she now works to continue representing the City of Chicago in an action against a group of pharmaceutical companies over the marketing of opioid painkillers.

U.S. District Judge Elaine E. Bucklo on Dec. 15 rejected an attempt by Purdue Pharma LP and two of its affiliates to disqualify Singer and the firm of Cohen Milstein Sellers & Toll from representing the city because she held office at the time her then-subordinates had extracted a hefty settlement deal from the drug company over essentially the same issue.

Four days after that ruling came down, several of the defendant drug companies being sued by the city submitted motions seeking the dismissal of the city's October amended complaint. Those motions are scheduled to be presented before Bucklo on Dec. 29.

In denying the disqualification request, Bucklo noted Singer’s past involvement with a similar action the D.C. attorney general's office brought about seven years ago against the company, which resulted in the settlement, but said Purdue failed to demonstrate her involvement was anything more than peripheral.

Because the evidence does not indicate “she was personally and substantially involved,” Bucklo said Singer's actions in that case do not “create a ‘reasonable appearance’” of impropriety affecting the city of Chicago’s case against Purdue and its fellow defendants.

In 2004, almost three years before Singer took office as D.C.’s attorney general, that office’s Consumer and Trade Protection bureau began work along with representatives of more than two dozen other law enforcement jurisdictions on a multi-state investigation into the marketing of OxyContin.

About three months after Singer took office, Purdue agreed to pay a settlement of $19.5 million, including almost $1 million to D.C.

However, because the settlement would have exceeded the amount D.C. law would allow the district to accept, Singer and others helped coordinate a push for legislation in D.C. to boost the statutory limit to $3 million.

Singer also helped edit a press release with comments attributed to her trumpeting the settlement and commending Purdue for its “cooperation and willingness to work with the attorneys general” to “help stem the continuing illicit use of OxyContin.”

As attorney general, Singer’s name also appeared on the signature panel of the related consent judgment, though her deputy attorneys general who had worked the case for three years signed the actual document, “presumably as her designees,” Bucklo wrote.

In 2012, the City of Chicago launched its own investigation into similar opioid drug marketing practices, and hired Singer and Cohen Milstein, a firm with 80 attorneys and offices in Washington, D.C., New York, Chicago, Philadelphia, Denver and Florida, to assist.

After the city filed suit, Purdue argued Singer’s past involvement with the D.C. investigation should disqualify her and Cohen Milstein under Rules of Professional Conduct.

Bucklo, however, said nothing she had done during her stint as D.C. attorney general rises to the level of improper or unethical behavior suggested by Purdue Pharma.

The judge noted Singer had only overseen the completion of the case in an official role, rather than in a hands-on capacity, and did not make any key decisions to impact the outcome of that case.

Further, Bucklo said Singer’s involvement in drafting the associated press release announcing the settlement signified nothing, as public officials routinely allow their names to be ascribed to quotes in similar releases trumpeting achievements resulting from the efforts of their staff and others, and of which they may have only limited knowledge.

“The Purdue defendants are placing too much weight on a garden variety press release,” Bucklo said. “These practices are so commonplace among government agencies that a reasonable person reading the D.C. Attorney General’s press releases would not assume, from the mere presence of Ms. Singer’s quote, that she was personally and substantially involved in the underlying matter.”