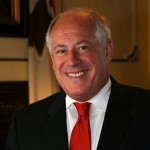 Labeling him “America’s worst governor,” the Wall Street Journal notes in a Dec. 22 editorial that Pat Quinn in his final days as chief executive enacted two laws that are “stocking stuffers” for the Illinois Trial Lawyers Association.

Quinn on Friday signed into law legislation, Senate Bill 3075, that will reduce the number of jurors hearing civil cases from 12 to six and increase juror pay to $25 per day for the first day of service and $50 per day thereafter.

He also signed into law a bill, SB2221, that will expand liability for persons exposed to asbestos by eliminating a 10-year statute of repose. This bill will also significantly increase the number of parties that can be held liable for asbestos related cases and could include supervising architects, design engineers and public school boards.

“The existing 10-year ‘statute of repose’ hasn’t created a shortage of lawsuits,” the editorial states. “Madison County…is notorious for its jackpot verdicts in civil trials, making it a nationwide destination for civil cases.”

It cites U.S. Chamber of Commerce Institute for Legal Reform statistics, as reported by the Madison-St. Clair Record, that 99 percent of asbestos suits filed in 2013 in Madison County were filed on behalf of plaintiffs from outside the county. Further, more than 90 percent were not from Illinois.

“The vast majority settle, with lawyers getting contingency-fee payments, which means that asbestos suits are the closest thing to a guaranteed income in America’s private economy,” the editorial notes.

The newspaper's editorial board calls the bills Quinn signed into law on Friday  “payback to the trial lawyers who finance the state’s Democratic machine.”

“In 2013 the Illinois Trial Lawyers Association PAC made some $422,000 in contributions, overwhelmingly to Democrats. Individual trial lawyers give far more through bundling multiple donations to candidates.”

Records through Oct. 29 show Simmons, Gori, and Keefe gave modest amounts to local candidates, saving the big checks for the party and its statewide leaders.

They helped the party prop up candidates in legislative races around the state.

Tillery associates George Zelcs and Christine Moody each contributed $600,000 to Campaign for 2016, the group opposing Karmeier.

Simmons and Clifford each gave the Illinois Trial Lawyers Association $40,000 over two years, while Keefe and Gori each gave the group $30,000.

“The biggest loser is the Illinois economy, which is already the poorest performing in the Great Lakes region. Making the state a trial-lawyer mecca is another reason—along with its high corporate tax rate and public-union dominance—to locate a business somewhere else. New Governor Bruce Rauner has the hardest political cleanup job in America, and maybe the world.”

Editor's note: The Madison-St. Clair Record and Cook County Record are owned by the U.S. Chamber Institute for Legal Reform.