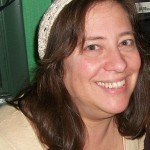 An elderly suburban Cook County couple and a home repair contractor have settled a lawsuit over repairs at the couple's home.

The lawsuit, brought by plaintiffs George Cepek, 95, and Evangeline Cepek, 99, of LaGrange Park,  May 8, 2015, in Cook County Circuit Court against Jeffrey Henson, of Wilmington, and Homeowner Helper, Inc., of Crestwood, was settled and dismissed with prejudice March 8, 2016, according to Cook County court records. The lawsuit had asserted a claim of consumer fraud against Henson and the business.

The lawsuit says, when the Cepeks hired Henson to repair damages from a water leak in the summer of 2014, Henson allegedly told the couple the work would be covered by their homeowners’ insurance and collected their policy information. The suit states their insurance carrier had no record of a claim, yet the couple alleged Henson still sought $14,000 for roof repairs, and $55,000 for additional property upgrades.

Henson denied the allegations, and had asked the court to dismiss the complaint in November 2015, saying the couple's relatives had been aware of the work being done throughout the process, and had requested and approved the additional work.

The Cepeks claimed they paid Henson a total of $165,000. A local agency assisted the couple in filing complaints with authorities.

The Cepeks were represented by attorney Michelle Weinberg, of the Legal Assistance Foundation in Chicago. Henson was represented by the firm of Andre & Diokno, of Bensenville.