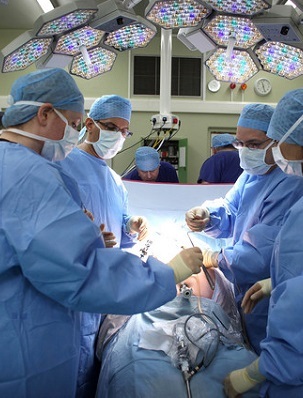 A patient is suing a doctor whom she alleges botched her cataract surgery.

According to the complaint, as of Oct. 22, 2013, Nechin had been a patient of the defendants for several decades. On that date, the suit says, Berlin attempted to perform on Nechin an extra capsular cataract extraction and an intraocular lens implant on his right eye.

After a month of recovery, the lawsuit states, Nechin sought a second opinion and was told that she had "choroidal detachment, possible hemorrhagic, and retained nuclear material with phaco antigenic uveitis," which is inflammation of the eye caused by "retained lens material."

A follow-up surgery was performed, the lawsuit states, and more damage was found. According to the lawsuit, Berlin improperly implanted the PCIOL and the ACIOL, failed to remove the cataract, unnecessarily removed part of Nechin's iris, and removed sutures to cause the wound to "gape and leak."

Nechin seeks damages of more than $50,000, plus costs. She is represented by attorney Thomas M. Paris of Chicago.