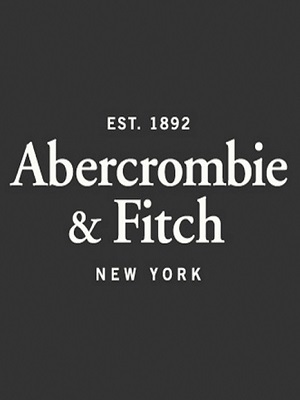 A woman suing Abercrombie & Fitch over the retailer’s decision to void promotional gift cards after the cards’ expiration dates still has more work to do to prove the retailer did anything wrong, a federal judge said in denying the woman's request for summary judgment in her breach of contract class action against the retailer.

He also indicated Abercrombie may have the upperhand in the lawsuit altogether.

“Based on the undisputed facts in the record, Boundas has not met her burden to demonstrate that no reasonable jury could find for Abercrombie,” Tharp wrote in his opinion. “Indeed, it appears that judgment in favor of Abercrombie may be warranted.”

According to the lawsuit, Boundas, her daughter, Taylor, and her friend, Dorothy Stojka, shopped on Dec. 15, 2009, at A&F’s Oak Brook store. After purchasing $328 worth of merchandise, a salesclerk provided Stojka with two gift cards worth a total of $75, and Stojka in turn gave the gift cards to Boundas.

The gift cards were part of a holiday promotion from late November through late December 2009 in which customers were eligible to receive a $25 gift card for every $100 spent in a single transaction. The terms of the promotion, which court documents noted were displayed throughout the store, on Abercrombie’s website, Facebook page and related emails, and printed on sleeves in which the gift cards were distributed, stated the gift card expiration date was Jan. 30, 2010.

However, the cards read, “no expiration date,” on the back.

In April 2010, Boundas attempted to redeem her gift cards, but an Abercrombie associate told her the cards had expired. She made a purchase of approximately $100 without using the gift cards and later reached out to Abercrombie’s customer service department, asserting the gift cards should have been valid because they stated they had no expiration date. After failing to persuade the company to honor what she believed were the correct terms, she filed a class action complaint in DuPage County.

Tharp wrote no breach of contract took place under Illinois law. An offer was provided by Abercrombie and accepted by Boundas in the form of a sales transaction in which she purchased the required amount of goods to be rewarded with the appropriate number of gift cards.

“The question, then, is whether the terms of the contract between Abercrombie and its qualifying customers promised a gift card that was valid through January 30, 2010, or one that had no expiration date,” Tharp wrote.

Boundas accepted the transaction between her and Abercrombie had been made under the terms of the holiday promotion: spend $100, receive a $25 gift card valid through Jan. 30, 2010.

However, she also maintained a separate contract existed within the body of the gift card itself, and that the terms in that contract - namely, the phrase “no expiration date” printed on the card - should be honored.

“Boundas’s separate contract theory goes off the rails almost immediately, however, because she fails to explain how Abercrombie’s issuance of the gift card created a new agreement between the parties ..” he wrote. “As explained (and as Boundas acknowledges), the gift cards were part of the exchange of consideration supporting the holiday promotion contract, and providing the cards ‘discharged’ Abercrombie’s obligation under that contract. As such, the gift cards were a component of that contract, not a separate an [sic] independent contract.”

Tharp denied Boundas’ request summary judgment because the legal theory upon which she based her breach of contract claim was “fatally flawed.”

“And because the only legal theory she has advanced is untenable, it may be appropriate to require Boundas .. to show cause why judgment should not be entered against her and in favor of Abercrombie,” Tharp wrote.

In his notes, Tharp did allow that promissory estoppel may have been an acceptable legal theory that could hold Abercrombie to honoring the “no expiration date” gift cards. But he said that theory would be difficult to pursue on a class basis, as individualized proof would be required for each alleged instance.

A status hearing is scheduled for Sept. 10.

Boundas is represented in the action by attorneys with the firms of DiTomasso Lubin P.C., of Oakbrook Terrace, and Schad, Diamond & Shedden P.C., of Chicago.

Abercrombie & Fitch is represented by the firm of Jones Day, with offices in Chicago and Columbus, Ohio.