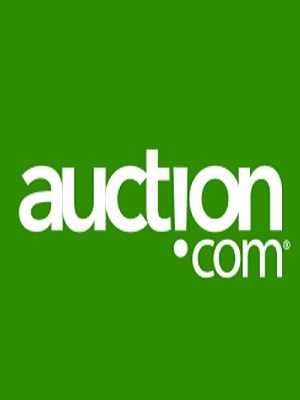 The online sale of five hotel properties worth a combined $86 million is proceeding after a federal judge in Chicago approved the transaction, which is connected to an ongoing lawsuit regarding a multi-million dollar fraudulent loan scheme.

Pennant Management is embroiled in legal proceedings after accusing First Farmers Financial of selling it the federally guaranteed portions of 26 loans worth $180 million - loans for which Pennant says it learned in September 2014 that none of the 26 borrowers actually existed.

According to an opinion written by Judge Amy J. St. Eve, among the assets legally frozen in October 2014, were hotels in Peoria, Saddle Brook, N.J., and three in Orlando. A month later, the court designated Michael Nanosky as receiver of the Nanosky Receivership Estate to have control over maintaining and preserving the hotels. An amended order entered April 23 allowed Nanosky to continue that control, while also appointing Patrick Cavanaugh as receiver of the Overall Receivership Estate for all assets not entrusted to Nanosky.

Nanosky is president and CEO of Florida-based Janus Hotels & Resorts, a 30-year veteran of the hospitality industry who has served as a court-appointed receiver in more than 50 hotel cases. Both receivers filed a June 23 motion seeking court approval of the sale of the hotel properties, a sale conducted through Nanosky’s choice of Auction.com and HREC, a national hospitality broker and investment bank. The auction closed July 22, with preliminary winning bids totaling more $86.77 million. On July 24, the court granted the sale of four of the properties, and on Aug. 5 it issued a separate motion granting approval of the sale of the Peoria hotel, as well.

The court received about 35 claims and several objections in advance of the Sept. 3 sale hearing. On that date, however, the receivers, along with CBC Hospitality and True Line Contracting and Remodeling, announced a settlement agreement allowing the auction deal to go forward.

“Given the resolution of True Line and CVC Hospitality’s objections, and because the court independently finds that the sale is in the best interests of the receivership estate, the court substantially grants the receivers’ motion,” St. Eve wrote.

Illinois Metropolitan Investment Fund and Harvard Savings Bank, listed in St. Eve’s opinion as intervening plaintiffs because of their role representing allegedly defrauded investors who were Pennant Management customers, expressed support for the sale. The U.S. Small Business Administration had to sign off on the sale of the Peoria property to clear its $4.6 million lien. St. Eve noted selling the hotels free of all claims “will maximize the potential recoveries of the alleged defrauded investors while still protecting the rights of claimants with interests in” the hotels.

Overall, the sale proceeds exceed the outstanding lien claims, which St. Eve said was significant in her decision because substantial equity is being preserved. Further, St. Eve had to make a special allowance for the online auction because “the sophisticated public auction process” Auction.com and HREC used yielded far better sales terms than the legally mandated process.

“The creation of a website for marketing and the use of digital marketing through social media and other means enabled Auction.com and HREC to maximize awareness and interest in the properties,” she wrote. “Given the technological tools available to Auction.com and HREC, solely following the archaic procedures in these statutes would have hampered the sales.”

With St. Eve’s opinion, dated Sept. 4, the hotel sales will proceed, though the ongoing dispute between Pennant and First Farmers continues.

Pennant is represented in the action by the firms of Greenberg Traurig Llp, of Chicago, and attorney Jeffrey W. Finke, of Chicago.

First Farmers and affiliated defendants are represented by the firms of Reed Smith LLP, of Chicago; Foley and Lardner, of Chicago and Orlando; and the Sadaka Law Group PLC, of Orlando.