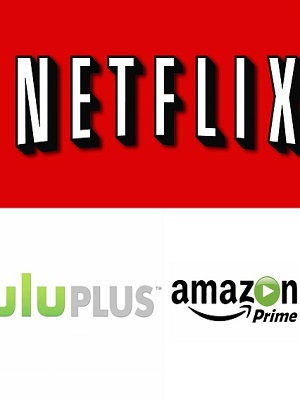 A group of Chicago residents who subscribe to a range of online streaming media services, including Netflix, Xbox Live, Amazon Prime and Spotify, have sued City Hall, asserting the decision by the city’s comptroller to tax the services under the city’s existing amusement tax is illegal.

On Sept. 9, the Chicago-based legal non-profit Liberty Justice Center filed the complaint challenging the so-called “Cloud Tax” in Cook County Circuit Court on behalf of six Chicago residents who object to paying the taxes on the online and cloud-based services they use to stream movies, television and music or play video games.

On its website, the Liberty Justice Center describes itself as “a non-profit, non-partisan public-interest litigation center that fights to protect economic liberty, private property rights, free speech and other fundamental rights in Illinois and beyond.”

Named plaintiffs listed in the case include Chicago residents Michael Labell, Jared Labell, Silas Pepple, Natalie Bezek, Emily Rose and Bryant Jackson-Green. According to the complaint, each of them subscribes to one or more of the several online media streaming services.

The lawsuit centers on city’s decision in June to slap a 9 percent tax on subscriptions to the various streaming services. When combined with an expansion of taxes on personal property lease transactions, the new “Cloud Tax” could generate about $12 million a year in revenue for a city government facing a severe budget shortfall, city officials have said in published reports.

However, the taxes were not the result of any action by the Chicago City Council, but rather a ruling by Chicago Comptroller Dan Widawsky and the city’s Finance Department to expand the definition of “amusements” taxable under the ordinance to include the streaming media services.

The city has long collected taxes on such things as tickets to live entertainment events, such as sporting events or concerts, under the special amusement tax. However, this spring, the Finance Department issued “Amusement Tax Ruling #5.” The ruling declared the amusement tax should now be defined to include not only amusements for which consumers might pay to “witness, view or participate in” live and in person, but also those for which they might pay to have “delivered electronically” to them.

The ruling does not include television shows, movies, music or video games consumers might pay to download to keep permanently, but “only to rentals,” which could include “subscription fees, per-event fees or otherwise.” Thus, the city would not deem a movie purchased and downloaded to be stored on an electronic device to be subject to the tax, but would tax a monthly subscription service fee paid by city residents to view movies on demand or a one-time fee paid by a city resident for a pay-per-view boxing match or other event. The demand for tax payment would be based on the billing address of those purchasing the subscriptions or other entertainment “rentals.”

In its complaint, the Liberty Justice Center alleges the comptroller overstepped his authority in essentially rewriting the definition of “amusement” to include the streaming services, which they said amounts to the imposing of a tax without a vote by the City Council.

And in the case of taxes on Amazon Prime and Xbox Live Gold memberships, the plaintiffs argue the tax was improperly applied to other “nonamusement activities,” including, in the case of Amazon Prime, free expedited shipping, discounts on merchandise purchases and other benefits, and, for Xbox Live members, a variety of communications-related services, distinct from the video game play features of the service.

The plaintiffs further allege the tax ruling “discriminates” against electronic commerce, as defined by the federal Internet Tax Freedom Act, as the comptroller’s ruling applies a higher tax rate of 9 percent on the electronically-delivered “amusements” than on a variety of amusements enjoyed in person in smaller venues holding fewer than 750 people, which are taxed at 5 percent or less.

“Thus, performances consumed in person are subject to an Amusement Tax of either (zero) percent or 5 percent, depending on the capacity of the venue at which they are performed, but streaming audio and video of such performances is subject to an Amusement Tax of 9 percent,” the complaint states. “The Ruling this forces plaintiffs to pay a higher tax rate if they choose to consumer a musical, theatrical or cultural performance through a streaming media service if they choose to attend a performance in person.”

The plaintiffs have asked the court to find Widawsky and the city circumvented the law in imposing the tax via the Finance Department’s ruling, and enjoin the city from collecting the tax, while refunding the taxes already collected.