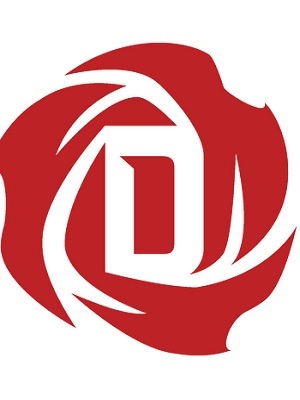 The woman who is suing Chicago Bulls superstar Derrick Rose, alleging Rose and two of his friends entered her apartment without her consent two years ago and raped her, likely will need to continue the case in federal court in California, after Rose filed notice he intended to remove the litigation from California Superior Court.

The accuser, a woman identified only as Jane Doe in court documents, filed a civil suit in August in Superior Court in California. She has alleged Rose, along with his childhood friends and personal assistants, Randall Hampton and Ryan Allen, sexually assaulted her in August 2013 in Los Angeles.

Included in those counts, according to Rose’s attorney, are actions that include “offensive touching” and “drugging the plaintiff without her consent.” The original complaint alleges Doe “was gang raped” by the defendants. Specifically, after about “two years of dating, Rose asked (Doe) to have sex with Rose and Hampton at the same time.” She refused; two months later, she says, the defendants drugged her at their home. After her friends helped her get to her home in a cab, Rose and his friends “trespassed into (Doe’s) apartment while (she) was asleep and each sexually assaulted and raped her.”

According to her complaint, Doe met Rose at an October 2011 party he hosted in Los Angeles, where he living during the NBA lockout. From there they exchanged text messages. Rose invited Doe to a dinner at his agent’s home, then he and Doe “began meeting regularly and formed an intimate relationship” that lasted until the night in question in August 2013. They met about 12 times in 2011, about 10 times in 2012 and five times in 2013.

In her complaint, she says her discomfort with Rose’s requests regarding their intimate encounters made her “begin to believe that there was something wrong with the prudish way she was raised … in a traditional, religious household.”

Doe seeks a jury trial and requests at least compensatory and punitive damages, as well as money for lost earnings and “mental pain and anguish and severe emotional distress,” on top of a $25,000 statutory civil penalty and legal fees. The complaint also lists 10 defendants given fictitious names as Doe is “not aware of the true names and capacities” of the people, but that each “is responsible in some manner for the activities alleged.”

Rose has publicly maintained he is innocent of the allegations, and in court documents, has said the woman let him and his friends into her apartment and the group sex at the woman’s apartment later that night was consensual.

On Sept. 24, he filed a notice of removal to federal court in the Central California District. Baute filed for removal on the basis of diversity of citizenship, since all three defendants are Illinois residents. He also notes the money in question exceeds $75,000 — a removal threshold — specifically indicated Doe “demanded much more than $75,000” to settle.

“The economic loss figures, the punitive damages and the attorneys’ fees will escalate the plaintiff’s claims, however meritless, to well above $300,000,” he added. He further noted Hampton and Allen have not been served in the case, so they are not required to join the petition for removal.