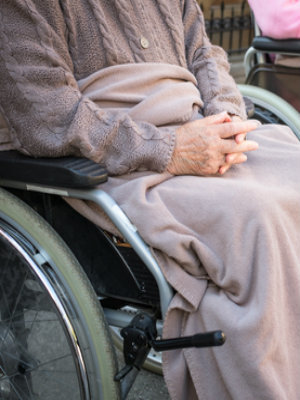 Guardians of an elderly man are suing the assisted living facility where he resided after they say neglect led to multiple serious injuries.

According to the claim, Sauer was admitted to the nursing facility on April 1, 2014. The claim states staff at Asbury Gardens knew or should have known that Sauer was prone to falls and neglected to protect him from falling three times, each causing injury, and subsequently neglected to reassess Sauer’s health after each fall.

In the first fall on Dec. 16, 2014, the claim states Sauer suffered a head laceration. The second fall on Dec. 31, 2014, claims to have cut his elbow and caused swelling. According to the filing, the third fall on April 9 was the most serious, causing injuries not limited to bilateral anterior/superior epidural hematomas, right frontal/temporal subdural hematoma, diffuse traumatic subarachnoid hemorrhage, multiple skull fractures, orbital fracture, sinus fracture, rib fracture, C-7 fracture, T-1 fracture and possible hyperextension injury to T-11 and T-12.

Takaki and Parsons seek damages of more than $50,000 plus court costs for the mental and physical suffering of Sauer. They also seek a jury trial against Asbury Gardens for allegedly violating the Nursing Home Care Act. They are represented by Kelly Sabo Gaden of the law offices of Steven J. Malman & Associates, P.C. in Chicago.