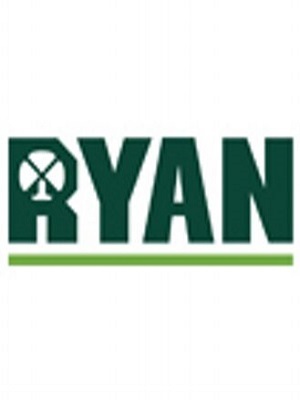 A collection of organizations advocating for housing for those with disabilities has announced a settlement of their lawsuit against development group, the Ryan Companies, over claims the national developer of commercial and multi-family residential properties and its associated businesses failed to comply with the federal Fair Housing Act.

On Nov. 10, the National Fair Housing Alliance, Open Communities and HOPE Fair Housing Center announced Ryan had agreed to pay the three groups $875,000 for “damages, attorneys’ fees and costs and frustration of the core mission of the fair housing agencies.”

That payout would come on top of $2.7 million more pledged by Ryan to fund renovations at 10 housing complexes, containing more than 900 apartments, in Illinois and Iowa.

“It is so important to enforce the accessibility requirements of the Fair Housing Act and to do so across state lines, particularly in places where no private, non-profit fair housing center exists,” said Shanna L. Smith, president and CEO of the Washington, D.C.-based National Fair Housing Alliance, in a prepared statement. “This joint investigation resulted in providing equal housing opportunities beyond the geographic service areas of HOPE and Open Communities. We are pleased that Ryan Companies will make the changes necessary to ensure barrier-free access in the apartments and around the complexes, especially for people using wheelchairs.”

The settlement ends litigation brought against Ryan Companies in Chicago federal court by the trio of housing organizations in May 2014, over conditions at age-restricted senior living apartment complexes located throughout Chicago’s suburbs and near the Quad Cities in western Illinois and eastern Iowa. Complexes were located in the communities of Glenview, Fox Lake, Lake Zurich, Gurnee, East Dundee, Orland Park, Glendale Heights and Lisle.

The first of the complexes were built in 2005 and others were added in subsequent years.

The lawsuit came on the heels of “testing” conducted by West Chicago-based HOPE and Winnetka-based Open Communities at nine of the senior living communities, checking the apartment units for a variety of features they said are required under the federal Fair Housing Act and are necessary for those with disabilities.

They alleged the investigation revealed kitchens and bathrooms rendered virtually inaccessible to those with disabilities by the installation of bath tubs, toilets, sinks and shower stalls at incorrect heights and in places that would not allow someone with a disability to maneuver easily around them. The investigations also revealed a number of other purported design flaws that make the units out of compliance with federal requirements.

HOPE and Open Communities were represented in the action by the firms of Mehri & Skalet, of Washington, D.C., and Soule, Bradtke & Lambert, of Elmhurst.

Ryan Companies was represented by the firm of Baird Holm.