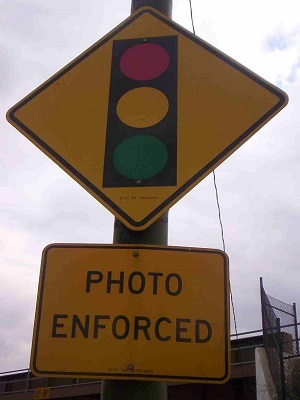 The city of Chicago will be allowed to continue to hand out tickets to motorists caught on camera running red lights after a Cook County judge garaged another legal challenge arguing both the city’s ordinance and a state law enabling cities, villages and counties within the Chicago and St. Louis metropolitan areas to set up red light camera systems were valid and constitutional.

On April 1, Cook County Circuit Judge Rita M. Novak ruled in favor of Chicago in turning back a “Herculean challenge” brought against the ordinance and its enabling legislation in a class action led by several motorists who had received and paid $100 tickets issued under the city’s red light camera program.

The class action lawsuit, brought in 2012 by named plaintiffs Terie L. Kata, Maureen Sullivan, Nicholas Clarke, Bohdan Gernaga and Niraj Rami, had demanded the city’s red light program be shuttered and the hundreds of millions of dollars in fines paid since 2006 be refunded. The city collects more than $60 million in fines under the program each year.

The judge’s ruling marks the latest chapter in ongoing efforts to challenge the red light camera program and its various facets on multiple fronts. In February, for instance, a Cook County judge refused to dismiss a class action brought by plaintiffs who claimed the city’s policies concerning how much notice is required to those issued tickets through the red light camera program before the city can actually move to collect fines and late fees, if the fines aren’t paid.

However, the lawsuit brought by Kata and her fellow plaintiffs directly challenged the validity of the program under the Illinois constitution.

The lawsuit asked the judge to declare a state law enabling only municipal governments in eight counties – Cook, DuPage, Kane, Lake, McHenry and Will counties in the Chicago metro area and Madison and St. Clair counties in the St. Louis metro area – to install red light cameras is an unconstitutional “local law,” illegally applying for no rational reason to just certain communities. The state constitution generally forbids laws in most instances from applying only to certain areas of the state, when laws covering the whole state are more applicable.

The plaintiffs noted, for instance, that, while the eight counties are among the most populous in Illinois, they do not include all of the state’s most populous counties, particularly noting Winnebago County, which encompasses the city of Rockford, is excluded from the authorizing legislation. Further, the plaintiffs said, the irrational nature of the law is revealed in inconsistencies among the municipalities allowed to install red light camera systems. For instance, the plaintiffs said, tiny towns on the outskirts technically considered to be in the Chicago metro area in McHenry and Will counties could install the cameras, while larger communities just as far from Chicago or St. Louis are not similarly authorized.

While calling the argument “valiant,” Novak said they are “ultimately unavailing,” noting precedent allows the state to enact special laws applying to communities and regions “uniquely situated” compared to the rest of the state. She said this particular law could be considered “rational” as state lawmakers could have easily decided the traffic needs of the eight counties closest geographically, in general, to Chicago and St. Louis would be different from those of the rest of the state.

“It was rational for the General Assembly to presume that there are more cars and intersections in the affected areas,” Novak wrote “As such, the occurrence of red light violations is also presumably higher. Further because more cars are likely to be near an intersection at any given time in the affected areas, the risk of a serious accident occurring as a result of a red light violation goes up. Accordingly, the legislature could have rationally concluded that these areas have different enforcement needs than the rest of the state.”

The city, in response, had argued it had the inherent authority under its home rule powers to enact the ordinance. Novak disagreed with this assertion, saying state law would have preempted the city’s ordinance. However, she said the ordinance would not have been void, meaning, after the state enacted its 2006 law, the ordinance took effect and did not need to be reenacted. And that, in turn, meant the city’s red light camera tickets were similarly supported by state law.

Finally, the judge brushed aside plaintiffs’ assertions that the city’s red light camera program should be invalidated because the city’s traffic signals do not conform to generally recommended principles declaring yellow lights should last a minimum of three seconds. In Chicago, the yellow lights can be considerably shorter, making it more likely motorists could inadvertently run a red light and receive a citation.

Novak, however, said those standards, which she noted are considered by “a majority of jurisdictions” to be “nothing more than a guideline,” cannot be applied to a facial challenge to the law, saying such allegations would be more applicable under a negligence claim resulting from a traffic accident at an intersection monitored by red light cameras. But none of the plaintiffs involved in the case were involved in such a crash.

Plaintiffs in the case were represented by the firm of Roberts McGivney Zagotta, of Chicago. The city was defended by its corporation counsel from its Department of Law.