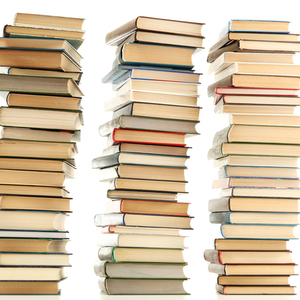 An Illinois college student has delivered a potential class action lawsuit to a Raleigh, N.C.-based supplier of online instructional tools, alleging the company wrongly charges sales tax on leased textbooks when Illinois law doesn’t require it to do so.

Begun in the late 1990s as a project of North Carolina State University, Webassign launched commercially in 2003, according to its website, and has since expanded to partner with faculty and institutions across the U.S. to help connect teachers and students with needed instructional materials, including textbook rentals for a variety of disciplines and subjects.

According to Basch’s lawsuit, she rented a digital copy of a physics textbook from Webassign in February “in connection with a college level Physics 201 class.” The complaint does not specify which college or university Basch attended.

While Webassign listed a price of $82 for the textbook rental, Basch was charged $90.20, as Webassign allegedly charged her $8.20 more, purportedly to cover Illinois state sales tax charged on the transaction. According to the complaint, Webassign told her it was “required to collect sales tax based on your address.”

However, according to the complaint, Webassign should not have charged the sales tax, because Illinois law purportedly classifies textbook rentals as “a lease of personal property, which is not a transaction subject to Illinois sales tax.”

The complaint said Basch believes she is just one of potentially “hundreds, if not thousands” of other Illinois college students who were improperly assessed sales tax on textbook rentals through Webassign.

The potential class of additional plaintiffs sought in the complaint would include anyone in Illinois who had rented a textbook through Webassign since 2013.

The complaint does not specify what Basch or her attorneys believe Webassign has done with the money, including whether the collected sales taxes were sent on to Illinois state government.

Basch’s complaint alleged Webassign’s practices violated Illinois consumer fraud by allegedly falsely stating students and others renting the textbooks were required to pay sales tax, when she believes they should not have. According to the complaint, Basch would ask the court to specifically determine whether Illinois law requires sales tax to be charged on textbook rentals, and whether asserting sales tax is due, when it is not, violates Illinois consumer fraud law.

The complaint asked the court to award unspecified damages “in the amount by which defendant (Webassign) was unjustly enriched,” as well as ordering Webassign to pay back the alleged sales tax overcharges.

Want to get notified whenever we write about McGuire Law PC ?

Sign-up Next time we write about McGuire Law PC, we'll email you a link to the story. You may edit your settings or unsubscribe at any time.