While unanimous in their support of a state permit granted to build a new hospital in McHenry County, two of the three members of an Illinois appellate panel have called on state lawmakers to reform or end the hospital permitting process one of the three justices called “nothing more than an additional corruption tax added to the cost of healthcare in Illinois.”

On April 22, the panel of the Illinois Third District Appellate Court, convening in Ottawa in downstate LaSalle County, upheld a ruling by a Will County Circuit Court judge, who had in turn signed off on a 2013 decision by the Illinois Health Facilities Planning and Review Board to grant Centegra Health System permission to build a new hospital in far northwest suburban Huntley.

The request for the permit – formally known as a certificate of need – from the Crystal Lake-based Centegra had been opposed for years by rival hospital operators, Janesville, Wis.-based Mercy Health System and Downers Grove-based Advocate Health. The rival health care systems had argued Centegra’s new hospital did not meet the state’s requirements to justify the need for a new hospital. 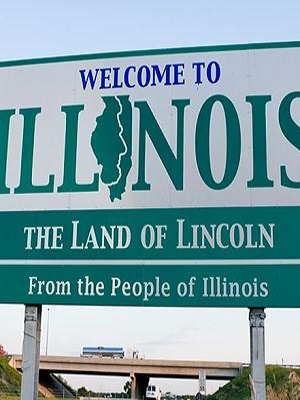 Court documents also noted Mercy in particular consistently attempted to leverage support for the Huntley hospital to persuade the board to reconsider its own request for a hospital “in the same service area,” a request which had been denied in 2011 even as the state health facilities planning board had deadlocked over Centegra’s Huntley request.

From 2011 to 2013, the Centegra request followed a long, winding route to approval, bouncing back and forth between the state review board and the courts and back to the review board again. Yet, throughout the process, the Centegra certificate of need request was consistently opposed by Mercy and Advocate.

After a judge determined he could not rule on the case because she did not believe the review board had supplied enough findings of fact, among other concerns, the case was sent back to the review board.

Finally, in 2013, the nine-member review board – all of whose members are appointed by the governor, with the consent of the state Senate - voted 7-1 to approve Centegra’s request. Will County Judge Barbara Petrungaro later upheld that vote, prompting Mercy and Advocate to appeal the matter to the Third District Appellate Court.

The justices sided with the review board and said the Will County courts did not err in upholding Centegra’s certificate of need award. Specifically, in an official unanimous opinion authored by Justice William E. Holdridge, with Justice Tom M. Lytton concurring, the justices determined, despite a long, drawn-out process, featuring multiple twists and turns, votes, deadlocks and reconsiderations, the review board’s decision was not arbitrary or capricious, nor did it deprive anyone of due process.

“The mere fact that the Board ‘changed its mind’ during the three years in which it was considering the Centegra application does not, a priori, establish that the Board’s ultimate decision either ran counter to the evidence before it or was wholly implausible,” the justices wrote.

Later they added: “Moreover, the mere fact that the Board approved a competitor’s application, does not establish that a protectable right has been violated.”

While justices Holdridge and Lytton largely stopped there, Justice Daniel Schmidt used a concurring opinion to pen a critique of the entire process by which Illinois approves hospitals and other health facilities.

He noted that, in 1974, when the Illinois Health Facilities Planning Act was enacted and the state health facilities review board empowered to determine if, when and where hospitals can be built in the state, supporters of the legislation argued the regulations were needed to control the growth of the cost of health care.

However, Schmidt noted in the intervening decades, the exact opposite of what was desired has occurred, as health care costs have skyrocketed, and the Planning Act and the regulations that accompany it have done little, if anything, to hold them in check in Illinois. Indeed, Schmidt argued, the opposite has occurred, saying the tight control of health facilities development has only stifled market competition in many regions of the state, while further making the review board a familiar stage and its members familiar players in Illinois’ storied and sordid history of political corruption.

He recited the infamous story of Stuart Levine, a health facilities board member who pleaded guilty in federal court “for using his position on the Board to squeeze hospitals for kickbacks and campaign contributions for his friends,” and of financier Tony Rezko, who Levine, as part of a plea deal, had testified “controlled” a majority of board members, and used that control to benefit former Gov. Rod Blagojevich.

“And these are just the people who got caught,” Schmidt wrote.

He further noted the connection between the Centegra case and that of the investigation that took down Levine and Rezko.

“The application at the heart of the federal investigation? Mercy Crystal Lake,” Schmidt wrote. He cited testimony from Levine revealing the board had initially approved Mercy’s Crystal Lake hospital certificate of need after the contractor for that project agreed to cut Levine and Rezko a kickback of at least $1 million. Following that revelation, approval for the Mercy project was withdrawn, “paving the way for the case at hand.”

Schmidt said other states have disassembled their certificate of need permitting processes, finding the process only hinders the market and hurts consumers. And in the wake of the Levine-Rezko scandal, a state commission determined the certificate of need process does not “provide a protective effect for safety-net hospitals’ financial status.”

Yet, Schmidt said Illinois lawmakers have repeatedly and consistently stood by the certificate of need process and the health facilities review board.

“Ironically, eradicating the Planning Act would fulfill the state goal of the Planning Act,” Schmidt said. “Yet, as the cost of healthcare continues to rise and Illinois remains the poster-child for political corruption, the General Assembly repeatedly refuses to do so. This legislation assures that money keeps pouring in to Illinois politicians not only from those wishing to build new hospitals, but also from incumbent hospitals wishing to avoid any competition.

“By restricting the output of healthcare services and diminishing incentives to pursue innovation, the Planning Act imposes significant and unnecessary costs on healthcare consumers, i.e., the people of Illinois. As a result of this legislation, Centegra has been forced to jump through years of pointless hoops and incur untold unnecessary costs in order to build its hospital. Guess who ultimately incurs those costs.

“This is unacceptable,” Schmidt concluded.

While not specifically concurring in Schmidt’s opinion, Holdridge, trading on the old saw comparing lawmaking to the making of sausages, said he hoped “the light that Justice Schmidt shines on the factory floor in Springfield leads to the production of more sanitary and wholesome sausages in the future.”

Want to get notified whenever we write about Illinois' Third District Appellate Court ?

Sign-up Next time we write about Illinois' Third District Appellate Court, we'll email you a link to the story. You may edit your settings or unsubscribe at any time.