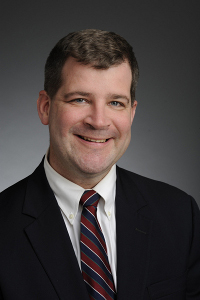 A railroad company has asked a federal judge to place a hold on ordinances enacted by the city of Harvey that seek to extract more than $10 million in fees each year from the operation of the railroad’s intermodal shipping facility in that city.

On August 30, lawyers representing Illinois Central Railroad Co., a Homewood-based indirect subsidiary of Canadian National Railway Co., filed suit against the City of Harvey in the U.S. District Court for the Northern District of Illinois, asking the court for an injunction against the city government.

Illinois Central argues in its complaint that the ordinances enacted by Harvey earlier this summer would likely violate federal law and may be unenforceable.

The court filing follows the action of the Harvey City Council, which on June 24 enacted two ordinances aimed at collecting fees from Illinois Central for each and every transfer of trailers and containers at the railroad’s shipping facility in the suburban Cook County community.

Illinois Central has for years operated the intermodal facility in the city, which allows for the transfer of hundreds of thousands of trailers and shipping containers from freight trains to semi trucks each year.

The ordinances would slap a “gate fee” of $10 on every “cargo transport vehicle,” such as a truck, entering or leaving Illinois Central’s intermodal facility.

The ordinances would also place a $7.50 “lift fee” on every container hoisted by a crane to move a container either from a truck to a train, or from a train to a truck.

In its complaint, Illinois Central estimates trucks either enter or exit its Harvey intermodal facility about 560,000 times each year. And the railroad estimated its crane operators hoist about 670,000 containers each year at the Harvey facility.

Illinois Central estimates the ordinances could result in the city of Harvey collecting about $10.6 million each year – costs the railroad said it will need to pass on to its customers, making its Harvey intermodal facility less competitive.

Should the railroad fail to comply with the ordinances, either by not paying the fees or failing to keep accurate records of its “gate moves” or “lift moves,” the ordinances call for fines of $10,000 per violation.

Illinois Central said it received no notice of the impending ordinances, until it received a letter from the city of Harvey on Aug. 6. The ordinances were set to take effect at the end of August.

However, Illinois Central said it believes the ordinances have been enacted illegally, as they may run afoul of the federal Railroad Revitalization and Regulatory Reform Act, or 4-R Act, as well as other federal laws.

Illinois Central’s lawyers note in the complaint that the 4-R Act  forbids local governments from enacting taxes that “discriminate against railroads.”

The lawyers argue that the gate fees and lift fees are “an unreasonably burdensome and discriminatory tax against (Illinois Central) and therefore unenforceable.”

Lawyers for Illinois Central also argue that the Harvey ordinances are unconstitutional, as they violate the U.S. Constitution’s Commerce Clause, which they said delegate to Congress exclusive rights to regulate interstate commerce, such as the transfer of shipping containers at the Harvey intermodal facility.

They note that additional federal law, the ICC Termination Act of 1995, delegates those regulatory powers over railroads and their shipping facilities to the federal Surface Transportation Board, and further prohibits local governments from regulating those facilities.

Illinois Central has asked the court for a declaratory judgment that Harvey’s ordinances “are a substantial and unlawful burden on interstate commerce and are therefore unenforceable.”

Illinois Central is being represented in the matter by attorneys Michael J. Barron Jr., Peter Colin McLeod, and Stephen J. Rynn, all of Fletcher & Sippell LLC in Chicago.