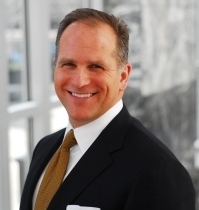 One of the country’s largest insurance companies has sued an appliance maker over several dryer fires in some northern Illinois homes, asserting that the dryers were manufactured in a way that made it too easy to spark fires that caused extensive damage and led the insurer to pay out almost $1.25 million in claims over a three-year span.

The Electrolux Group is based in Sweden, but has a U.S. affiliate located in Charlotte, NC, and its registered agent, CT Corporation, is based in Chicago, according to the complaint.

Bloomington-based State Farm indicated in the four suits that it is attempting to recapture the claims it paid to five different homeowners whose homes were insured by State Farm and who suffered large amounts of damage after their Electrolux dryers caught fire.

The fires at issue in the four suits filed earlier this week occurred in 2010, 2011 and 2012, in the northern Illinois communities of Crete, Markham, Channahon, Yorkville and Godfrey.

The two-count suits assert that Electrolux bears liability and was negligent in how it designed and manufactured the gas clothes dryers.

While the fires were sparked in differing manners, each of the fires essentially resulted from errors in the dryers’ design that caused lint to ignite and the fire to spread elsewhere in the house.

Among other design flaws, State Farm asserts in its complaints that the dryers were designed in such a way as to allow lint to accumulate in areas that are either not visible to the owners or not serviceable by the owners, without the dryer being disassembled. In some of the dryers, that lint accumulated behind the rotating drums or near heater pans, “combustible plastic air ducts” or near blower housings.

Other dryers included design flaws that would create “electrical arcing should the rear of the drum drop down and out of place,” which would in turn ignite the lint and spark a fire. This problem could be exacerbated by a “defective rear bearing assembly system.”

In at least two of the five fires at issue, State Farm contends the fire was caused by the failure of this rear bearing, which in turn dropped the rotating drum and caused electrical arcing that produced “bits of molten metal” that scattered and ignited other components of the dryer or lint.

State Farm asserts that the homeowners were operating the dryers only to dry clothes, “in a manner reasonable foreseeable by Electrolux.”

The company also claims that the dryers responsible for the fires at issue in the suits were either sold or manufactured between 2004 and 2008 and four of the five of them were labeled with the Frigidaire brand name.

State Farm has demanded a jury trial and is seeking about $2.4 million in damages, according to the suits.