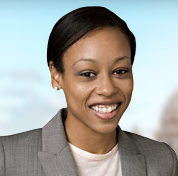 A Chicago woman who claims she was injured when the airbags in her SUV unexpectedly deployed may need to persuade a jury in federal court that the automaker who manufactured her vehicle should be held liable for the incident.

Jarrett filed her Sept. 23 in Cook County through Michael E. Maher, an attorney  at Salvi & Maher LLC in Waukegan.

GM’s notice of removal and its answer to Jarrett’s complaint were filed by Chicago attorney Dawn N. Williams of Dykema Gossett PLLC.

In her suit, Jarrett claims that on Sept. 29, 2011, she was driving her 2003 GMC Envoy SUV on Burnham Avenue in Chicago, when the driver and passenger front airbags deployed.

She said the airbags “deployed without any collision, sudden stop, bump, pot hole or any other reason for the airbags to deploy.”

As a result of the incident, Jarrett claims she suffered “serious injuries,” including internal injuries. The complaint does not specify the extent or precise nature of the injuries Jarrett claims to have suffered.

Jarrett alleges that GM was negligent and is liable in the incident because it “knew or should have known that its product was unreasonable dangerous.”

Among other allegations, she asserts that the automaker did not include proper safety systems to protect against sudden unexpected airbag deployment; did not include adequate warnings that the airbags could suddenly and unexpectedly deploy; and failed to properly inspect and test the system before putting the vehicles up for sale.

She does not specify the amount of damages she is seeking, but does note the amount would exceed $50,000.

In its notice of removal, GM states that it believes federal court is the most proper venue in which to hear the case, as it involves a dispute between Jarrett, a resident of Chicago, and GM, a corporation based in Michigan, and may result in damages exceeding $75,000.

Under federal law, such aspects of a case can allow the defendant to remove the case from a state court to federal court.

In addition to its notice to remove, GM also filed an initial response, asking the federal court to dismiss Jarrett’s action with prejudice. The company also requested a jury trial.

GM noted that its discovery in the matter is still ongoing and in its answer, denied every allegation brought by Jarrett.

Among a list of 23 initial defenses, GM states it believes Jarrett may have violated the terms of the vehicle’s warranty; that any components of the vehicle made by GM and the vehicle itself were manufactured and assembled “in compliance with applicable governmental regulations and industry standards and met or exceed the state of the art prevailing;” that Jarrett’s injuries could be at least partially her own fault; and that the vehicle “may have been mishandled, abused, and/or improperly maintained” by someone other than GM.