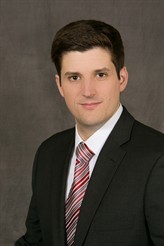 Editor's note: This story has been updated since it was published on Jan. 6.

According to the complaint, the plaintiff’s husband, Joseph Sandor, went to Gindi in May 2013 for an evaluation and was prescribed an anti-depressant.

Over the next two months, the suit states that Sandor reported having adverse symptoms to Gindi, who switched him to a different medication and then reduced his dosage. Sandor went missing in late July and was found dead in August 2013, according to the complaint that notes the medical examiner listed his cause of death as drowning by suicide.

Kubarek-Sandor is suing the defendants for wrongful death, alleging his medication was not as closely monitored as it should have been. She is seeking more than $50,000 in damages and is being represented by Chicago attorney Alexander R. Hess.

According to a July 10 docket entry, the matter has been continued until Aug. 15 for a case management conference.

This is a report on a civil lawsuit filed in the Circuit Court of Cook County. The details in this report come from an original complaint filed by a plaintiff. Please note, a complaint represents an accusation by a private individual, not the government. It is not an indication of guilt, and it only represents one side of the story.