Archdiocese of Chicago faces another suit over alleged priest abuse 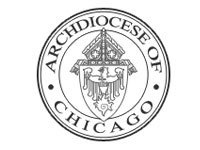 A Cook County man is suing the Archdiocese of Chicago, claiming he was sexually abused by a priest as a child.

J. Shabazz filed a lawsuit March 14 in the Cook County District Court against the Archdiocese of Chicago, alleging negligence and disregard for others' safety.

According to the suit, Shabazz was a student at Resurrection Grammar School on the city's west side from 1970 to 1979. Shabazz claims that between the first and third grades, Francis Phelan, a priest the defendant employed, inappropriately touched him.

The suit alleges Shabazz was removed from a group of students under the guise of being disciplined when the priest would touch him.

He contends he has suffered from pain of mind and body, shock, emotional distress, embarrassment, loss of self-esteem, disgrace, humiliation and loss of enjoyment of life, so much so that he changed his name.

The suit accuses the archdiocese of negligently hiring Phelan and failing to investigate his past before employing him to work at a school.

Shabazz is seeking damages in excess of $50,000 and court costs. He is being represented by Chicago attorneys Jeffrey S. Deutschman and Bradley A. Skafish of Deutschman & Associates P.C.

These attorneys are representing another man suing the Archdiocese over alleged sexual abuse. That plaintiff, M. O'Neal, filed his suit same day as Shabazz, but named a different priest as his alleged abuser and contends the abuse occurred at a different school in the early 90s.

This is a report on a civil lawsuit filed at Cook County Courthouse. The details in this report come from an original complaint filed by a plaintiff. Please note, a complaint represents an accusation by a private individual, not the government. It is not an indication of guilt, and it only represents one side of the story.