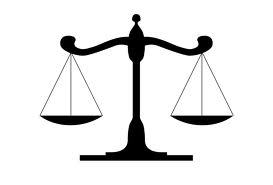 A former deacon of Lakeview Presbyterian Church in Niles is suing a group of church members he claims spread lies about him.

Moon claims he has been a member and deacon of the church for 28 years and that the defendants published false statements about him to a third party that he verbally threatened to report the details of church members' offerings to the IRS.

According to the suit, the Korean community is a culture of honor and the lies spread about Moon caused damage to his reputation and his wife to file for the dissolution of their marriage.

This marks at least the second suit filed this month in Cook County Circuit Court involving defamation claims brought by a former church leader against members of a church. Gus Bageanis filed the first May 16 against members of Emmanuel Bible Church and others.

This is a report on a civil lawsuit filed at the Cook County Courthouse. The details in this report come from an original complaint filed by a plaintiff. Please note, a complaint represents an accusation by a private individual, not the government. It is not an indication of guilt, and it only represents one side of the story.