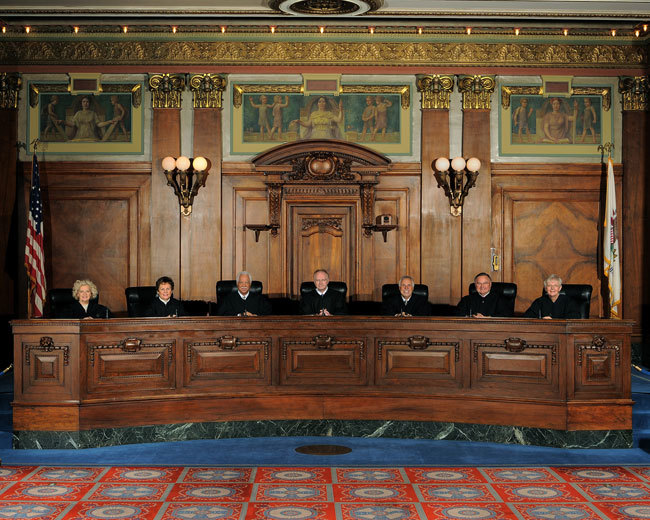 Starting next year, it will cost attorneys more money to practice law in Illinois.

The Illinois Supreme Court today announced a hike to the annual registration fee that will cost attorneys an additional $16 or $40, as well as a rule change that will end an exemption to the fee for active lawyers over the age of 75.

The fee increase, laid out in an amendment to Supreme Court Rule 756, means Illinois attorneys who have been practicing for more than three years will have to pay an additional $40 –from $342 to $382—each year.

Attorneys who have been practicing for less than three years, as well as those on inactive status and out-of-state-lawyers who can practice in Illinois under Supreme Court Rule 707, will see their annual registration fees jump from $105 to $121, a $16 bump.

Set to take effect Jan. 1, 2015, the fee increase will benefit the Attorney Registration and Disciplinary Commission (ARDC) and the court’s Commission on Professionalism.

According to the high court, the fee hike “amounts to an increase of 11 cents per day for attorneys who are in active status for more than three years.”

The court notes that “Even with the increase in fees, Illinois, which has the fifth largest lawyer population with approximately 94,000 licensed attorneys, ranks 21st of the states and the District of Columbia in the amount it assesses in mandatory licensing fees and dues for active status attorneys.”

The Supreme Court also announced that although previously exempted, active attorneys over the age of 75 will have to start paying the annual registration fee next year.

This change was recommended by the ARDC, which urged the justices to eliminate the fee exemption of slightly more than 1,600 attorneys over 75 as a way for all of Illinois' attorneys to share the cost of the disciplinary and regulatory system.

More than $320,000 in additional funding will be available to the ARDC each year, as well as more than $228,000 to other agencies supported by the annual registration fees, through the elimination of this exemption, the court estimates.

Attorneys over the age of 75 who are on retired status, however, will still be able to provide pro bono work without paying the fee under Supreme Court Rule 756, the release states.

The increase, according to the court, will only mark the seventh time annual registration fees directed to benefit ARDC operations have been raised since commission was created 41 years ago, with the last hike taking place in 2007.

ARDC Administrator Jerome Larkin said in the release that "[t]he timing and amount of the ARDC’s fee increase request takes into account the economic challenges facing many lawyers."

"Our fee has not been raised in eight years – twice its projected lifespan. The ARDC has acted prudently to extend the life of that fee in response to the Court’s directive for fiscal restraint during the economic downturn," Larkin said. "The additional funds will allow the ARDC to continue its educational, remedial, and disciplinary work."

The court said the ARDC will use the extra money it will get from the fee increase “to undertake new and expanded responsibilities in education of the profession" in support of the updated Rules of Professional Conduct that took effect in 2010.

The ARDC will also use its share of the fee increase to upgrade technology and fund the cost of regulating and disciplining out-of-state attorneys allowed to practice in Illinois.

The Commission on Professionalism is set to use the money it will get from the new fee to "assist providers in developing innovative and interactive professional responsibility Continuing Legal Education (CLE) courses."

The commission ,which the court created in 2005 to promote professionalism and civility among lawyers and judges, also plans to use its funds from the fee hike to continue to expand its statewide lawyer-to-lawyer mentoring program.

Since it was established in 2005, the court said the mentoring program has grown to include more than 75 law firms, bar associations and other groups serving as sponsors organizations, as well more than 1,300 new lawyers and mentors as participants.

In addition, the court notes that the commission will use some of its new fee funds to raise its social media presence. The Commission recently launched an interactive website –2civility.org – and a social media campaign "to better reach lawyers across generations and across the state," the release states.

Jayne Reardon, the commission’s executive director, said she is "thrilled about the opportunity to work in even more creative and proactive ways on behalf of our profession" and "grateful for the support of the court."

"Technology is rapidly changing our profession, including both the very nature and the delivery of legal services," Reardon said in the release. "Our efforts to promote professionalism are more important than ever."