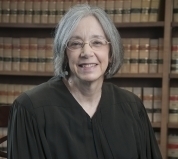 The Seventh Circuit Court of Appeals late last week upheld a quarter of a million dollar sanctions award and a contempt finding against a trio of attorneys believed to be behind the now-dissolved Prenda Law firm.

"The first rule of holes, according to an old saying, is to stop digging," Chief Judge Diane Wood wrote in her opening line of the panel's July 31 opinion. "The two appeals before us bring that to mind for reasons that will become apparent."

The panel heard arguments in April over the attorneys' appeal of since-retired U.S. District Judge G. Patrick Murphys ruling that ordered them to pay $261,025 in fees to the defendants in Lightspeed, as well as their challenge to Chief Judge David Herndon’s subsequent decision to hold them in contempt for failing to pay up.

Wood and her colleagues on the panel -Judges Diane Sykes and Michael Kanne --asked attorneys on both sides of the legal battle dozens of questions in April, but appeared rather skeptical of arguments presented by the trio's Chicago attorney Daniel Voelker.

Wood, at one point, told Voelker it seemed like there was "a lot of shell game activity" in his clients’ legal practice, and described the record in Lightspeed as "troublesome."

After Wood asked him to describe the relationship between his clients and Prenda Law, as well as the Alpha Law Firm in Minnesota, he told the panel he couldn’t because he didn’t know, a response Sykes shook her head at and said was "shocking."

That exchange made its way in the panel's recent ruling, which called out Voelker by name and in a way that makes it clear the judges have some lingering doubts.

"We are disappointed that the appellants' own attorney, Daniel J. Voelker, was either unable or unwilling to tell us at oral argument about the precise relationship between Prenda and Alpha Law, despite its relevance for the issues on appeal," Wood wrote.

She added, "No matter: we have enough to conclude with confidence that notice to Duffy was reasonably calculated to apprise Steele and Hansmeier of the pendency of the motion."

The trio’s appeal to the Seventh Circuit focused on its contention that Steele and Hansmeier were not given proper notice or a chance to be heard on one of the Lightspeed defendant’s motion for sanctions and that Duffy wasn’t given the chance to respond to another defendant's fee request.

The three attorneys also threw a "variety of arguments regarding the substantive ruling against the wall, with the hope that one might stick. None does," Wood said.

The appeal stems from fee requests filed by the defendants in Lightspeed – Anthony Smith, AT&T and Comcast –after the former Prenda client’s 2013 voluntarily dismissal of the case it brought in St. Clair County against a John Doe identified only through his Internet Protocol (IP) address.

Lightspeed, an operator of online pornography sites, accused John Doe of using a hacked password to view its content and then subpoenaed AT&T and Comcast to try to get the personally identifiable information of Doe, as well as thousands of alleged co-conspirators.

The Internet Service Providers (ISPs) refused to turn over the information and filed a motion to quash the subpoenas. The St. Clair County Circuit Court denied the ISPs’ request; a ruling that was ultimately was reversed by the Illinois Supreme Court.

Lightspeed then amended its complaint to name John Doe as Smith, and the ISPs and corporate representatives of each as alleged co-conspirators.

"The complaint painted with a broad brush: it alleged everything from negligence, to violations of the Computer Fraud and Abuse Act … to deceptive practices and aiding and abetting," Wood wrote in the panel’s ruling, adding that Lightspeed then ignored the Supreme Court’s decision and issued new subpoenas.

In 2012, the ISPs removed the case to southern Illinois’ federal court, where Lightspeed’s case essentially fell apart. Murphy denied its motion seeking a court order to make the ISPs turn over the personally identifiable information associated with the IP addresses.

Lightspeed then voluntarily dismissed the case and about two weeks later, Smith filed a motion for attorney’s fees. The ISPs followed in his footsteps and Murphy granted the motions, ordering Duffy, Hansmeier and Steele to pay the three defendants a total of $261,025 in fees.

Finding the three attorneys joint and severally liable, Murphy said the underlying litigation "smacked of bullying pretense" and that they showed "a relentless willingness to lie to the Court."

Wood noted that while Lightspeed was pending, Wright held a hearing in Ingenuity 13 “for the express purpose of exploring the role this trio, operating often as 'Prenda Law,' played in some underlying copyright infringement litigation.”

"That hearing did not go well for them; sanctions were imposed on all three (among others) and the matter referred to a variety of state and federal authorities," Wood wrote. "For our purposes the relevant fact is that the district court there found that Steele, Hansmeier, and Duffy owned and controlled Prenda Law."

Wood, however, then went on to cite a passage of Wright’s ruling, in which he accused the trio of lying and exploiting the court’s subpoena power to extort settlements out of John Doe defendants named in computer hacking and copyright infringement suits brought by Prenda clients across the nation.

Shortly after Murphy issued his sanctions order in Lightspeed, the trio filed motions to vacate or reconsider. Hansmeier and Steele basically claimed that although Duffy received notice of the sanctions request, they didn’t as they were no longer involved in the litigation.

Like the lower court, the panel didn’t buy their notice argument.

Saying the three attorneys shared login information for the court's electronic filing system and filed motions on behalf of each other, the panel determined that "Given the close connections among the lawyers, it was reasonable for the court to conclude that service on Duffy would suffice to give notice to Steele and Hansmeier as well."

"While appellants huff that the district court 'wholly gloss[ed] over the fact that Hansmeier noticed his appearance in the case for Alpha Law Firm, not Prenda Law,' the district court had ample reason to find the Prenda/Alpha distinction illusory at best, fraudulent at worst," Wood wrote, noting that Hansmeier and Steele had identified themselves as of counsel to Prenda Law in other cases.

Pointing to a proceeding in Ingenuity, Wood said “Duffy, Steele, and Hansmeier each took the Fifth instead of answering the court’s questions about attorney misconduct and the relationship between Prenda and other potential shell companies."

"Little more need be said," Wood wrote, after citing the web address for the Minnesota filing, as well as a DieTrollDie blog post titled, "Down the Rabbit Hole - Prenda/Steele/Hansmeier Wonderland."

In addition to rejecting their notice arguments, the panel determined "the record belies" the Prenda attorneys’ claims they were not given an opportunity to be heard or respond to the sanctions motions.

The panel dubbed Duffy’s argument – that he wasn’t given the chance to respond to the ISPs’ motions for fees because the court ruled on them before the expiration of time provided under local court rules -- was "frivolous."

"Duffy does not cite any local rule for this point, and had he taken the time to look at the rules, he quickly would have realized that there was time to respond," Wood wrote. "Duffy had an opportunity to respond; he simply chose not to exercise it."

In rejecting the trio’s other arguments, the panel determined that Murphy did not abuse his discretion in awarding attorney’s fees to the defendants because "Lightspeed raised baseless claims and pressed for a meritless 'emergency' discovery hearing."

The judges assert the allegations raised in the underlying litigation were without merit.

Pointing to Lightspeed’s civil conspiracy claim, Wood wrote "The complaint lacks even the most rudimentary allegation of agreement that would satisfy federal pleading standards."

"To argue that challenging a subpoena makes the ISPs co‐conspirators in a fictional copyright infringement ring is frivolous," she explained for the panel, saying the trio’s theory was "all the more outrageous" given the Supreme Court had ordered the circuit court to quash the subpoenas.

"We see no need to belabor the point," Wood wrote. "The record amply supports the district court’s conclusions, as our discussion of the case thus far demonstrates. There was no abuse of discretion in the court’s decision to grant either the ISPs or Smith fees for the entire case."

The Seventh Circuit also rejected the allegation on appeal that Murphy failed to allocate responsibility between the three attorneys and instead, found them jointly and severally liable for the sanctions.

In a brief to the appeals panel, the Prenda attorneys claimed they only took certain "discrete"actions in the case and pointed the finger at Belleville attorney Kevin Hoerner, who they said is the one who signed the amended complaint while serving as co-counsel.

Hoerner was not subjected to Murphy’s sanction order.

"[T]he district court found that while Steele and Hansmeier were not listed on every court document, the evidence showed that they were 'in cahoots' with Duffy and worked with him to use the judicial system for a legally meritless claim," Wood wrote. "Their efforts seem to have continued in this court."

She said "While both Steele and Hansmeier now contend that they showed up in this case only after the federal proceedings were underway, the record shows that both were also involved in the shadows of the state court proceedings."

The panel also rejected the trio's appeal over the contempt finding. Herndon, who took over the case after Murphy retired, found the three attorneys in contempt for failing to pay the $261,025 sanction by the deadline and ordered them to pay an additional $26,000.

The three attorneys argued on appeal that they couldn't be held be in contempt because the sanctions order was a money judgment and couldn’t be enforced through contempt proceedings. They also, in the alternative, claimed an inability to pay.

Based on the inability to pay argument, the district court ordered the three to each submit a financial statement verifying their alleged lack of resources.

"Although the financial statements were submitted, they opened Pandora’s Box," Wood wrote for the panel. "Attached to each financial statement was a bombshell letter from appellants’ certified public accountant stating that appellants had 'elected to omit substantially all of the disclosures required by generally accepted accounting principles.'"

The district court rejected their claims after finding the financial statements were insufficient to show an inability to pay and taking notice of the fact the trio had posted sustainably large bonds in other cases.

On appeal, the panel determined the Prenda attorneys "money‐judgment defense" got them "nowhere" and that their other arguments over the contempt order were "unavailing" and ignored the record.

"Appellants' burden in each of these proceedings was high and the record supports the district court’s holdings that they did not meet it," Wood said. "Any arguments that we have not discussed do not merit separate attention."

Several attorneys represented the named defendants and John Does in Lightspeed. Bart Huffman, a Texas attorney representing AT&T, and Massachusetts attorney Daniel Booth, argued on behalf of the defendants before the Seventh Circuit in April.