Judge gives preliminary OK to $75.5M proposed settlement in TCPA class action; believed to be largest of its kind 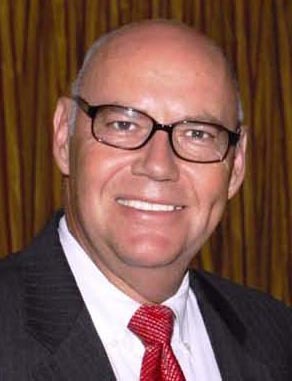 A federal judge late last month gave a preliminary thumbs-up to what is being dubbed the largest settlement in the two decade-plus history of the Telephone Consumer Protection Act.

If the agreement receives the judge’s final stamp of approval in December, Capital One and a trio of collection agencies will have to put nearly $75.5 million into a fund to settle a combined class action suit over claims they used automatic dialing systems to call class members on their cell phones without their consent.

The proposed agreement would provide between $20 and $40 to each of member of the class, which is estimated to include about 21 million people, and no more than 30 percent of the settlement fund-- or $22.5 million-- to their attorneys, according to estimates provided by class counsel in July 14 memo.

U.S. District Judge James Holderman of the Northern District of Illinois in a July 29 order preliminarily approved the proposed settlement, as well as a notice plan. He also conditionally certified a settlement class and set the final fairness hearing for Dec. 9.

In the July 14 memo, which was submitted in support of an unopposed motion seeking preliminary approval of the proposed settlement, the plaintiffs' attorneys note that “this action involves sharply opposition positions on many issues, including three critical ones.”

They said the parties still disagree over 1) whether Capital One’s customer agreement provided the company with prior express consent to make automated calls to class members’ cell phones, 2) whether the TCPA allows “prior express consent to be obtained after the transaction that resulted in the debt owed,” and 3) if plaintiffs can even certify a class based on the defendants’ contention the matter deals with individual issues.

“Despite these disagreements," class counsel state, "the parties reached settlement after participating in three in-person and two telephonic mediation sessions spanning over seven months before”  Edward A. Infante, a retired federal judge in California with JAMS.

Settlement negotiations “ were highly adversarial, non-collusive, and at arm’s length. Capital One and Plaintiffs agreed to a Settlement only in the days following the January 29, 2014, mediation and after Judge Infante made a mediator’s proposal,” according to the memo that notes the three collection agencies later agreed to join the settlement.

Under the proposed settlement, Capital One will contribute $73 million to the nearly $75.5 million fund. AllianceOne, the plaintiffs' memo states, will provide about $1.4 million, Leading Edge will put in about $996,205 and CMS will contribute slightly more than $24,220 to the fund.

“The Settlement Fund created by this Settlement is the largest such cash fund of which Class Counsel are aware in a TCPA class action case,” according the plaintiffs’ memo.

Given that the federal law has been around since 1991 and “has been litigated extensively,” class counsel assert that “the monetary amount achieved by the Settlement is simply an outstanding result for Class Members, particularly because TCPA damages are purely statutory damages in that Class Members have not suffered any out-of pocket losses or other economic harm.”

Although class counsel noted in their memo that there is currently no opposition to the settlement, they acknowledged that this factor can’t “fully evaluated prior to the final fairness hearing.”

Holderman’s order set an Oct. 27 deadline for class members to file objections to the proposed settlement or submit a request for exclusion.

Ted Frank, president and founder of Center for Class Action Fairness, said in an email that he believes the proposed fee request “seems abusively high by several million dollars.”

He said no one has approached his group, which has represented class members in objecting settlements, about the proposed Capital One settlement.

“I take no position on whether the size of the settlement fund adequately compensates class members for the value and risk of the litigation,” Frank said. “It does seem like a nuisance settlement, given Capital One's deep pockets, the large potential statutory liability, and the fact that most class members will not receive anything in the absence of a claim, which also militates for a much lower attorney fee. I haven't looked at detail yet whether the notice is acceptable.”

Class counsel acknowledge in their July 14 memo that the settlement fund “does not constitute the full measure of statutory damages potentially available to the class,” but that this “should not weigh against preliminary approval.”

The TCPA provides for penalties of $500 per violation and $1,500 for willful violations of the act, which gives redress to those who receive unsolicited calls, texts or faxes.

While the settlement may not provide the full amount of damages available under the act, class counsel note the agreement is fair given the lingering disagreements between the parties, the possibility the plaintiffs could lose if the case went to a jury and that continuing the litigation would be “complex, lengthy and expensive,” among other factors.

The proposed agreement defines the settlement class as all persons in the U.S. who received a non-emergency call from the defendants on their cell phone through the use of automatic dialing system and/or artificial or prerecorded voice in an attempt to collect debt between Jan. 18, 2008 and June 30, 2014.

The judge also set an Aug. 28 deadline to provide the class notice of the settlement and a Nov. 26 deadline for class members to submit a claim, among other dates. He also approved the notice plan, which includes the creation of a settlement website: www.CapitalOneTCPAClassSettlement.com.