R. Kelly files breach of contract suit in Chicago against promoters over "One Love Order at the Border" festival 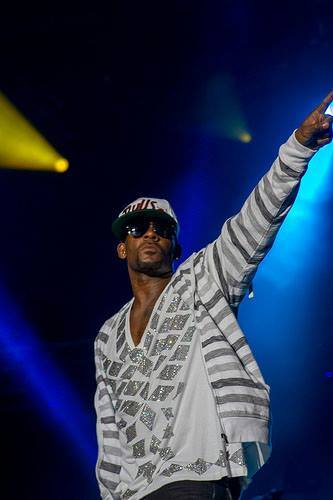 Performer R. Kelly is suing the promoters of a music festival that took place last month in Canada, claiming they used his name to promote the event before he even signed an agreement and then continued to do so after they told him they didn’t plan to honor the $200,000 deal.

Kelly filed suit today in Chicago’s federal court, alleging breach of contract, unfair competition and false endorsement and violations of the Illinois Right of Publicity Act over an agreement he allegedly signed to perform during the July 4-6 One Love Order at the Border festival in Niagara Falls.

Born Robert S. Kelly, the R&B singer and rapper is no stranger to Chicago’s legal system. After a videotape surfaced in 2002 allegedly depicting Kelly having sex with an underage girl, he was indicted on child pornography charges. A Cook County jury found him not guilty on all charges in 2008.

Since then, the Chicago native well-known for his 1996 hit, “I Believe I Can Fly,” has continued performing. Just last week, shortly after he was dropped as a headliner at Ohio’s Fashion Meets Music Festival, a decision supposedly based on protests over his past, Kelly made a surprise appearance at Lollapalooza, where he joined Chance the Rapper on stage.

According to the suit Kelly filed today, the defendants – a group of promoters, a ticket seller, a radio station and a Canadian government agency – solicited him to perform at the festival.

Kelly claims that after about four weeks of negotiations, he reached an oral agreement with the promoters on or about June 19, when they agreed to pay him $200,000 for an hour-long performance and a 30-minute meet and greet to take place July 5 or 6.

Through New York-based promoter, The KB Group, the defendants sent Kelly an offer on June 20 that put the deal they reached the day before into written terms, the suit says. Canadian promoter Visual Rhodes Inc. then allegedly wired $99,000 to Art Dukes, a New York promoter, to give to Kelly once he accepted the offer.

Kelly contends he accepted the offer, through an authorized agent, at 10:46 a.m. on June 23 “with a long form agreement addressing additional customary terms and riders.”

Despite his acceptance of the offer, Kelly asserts that later that same day, Visual Rhodes informed him “that it and the other Defendants did not intend to honor their agreement … and requested that the funds held by Art Duke be returned to” it.

Kelly says that even though he and the promoters “had not reached an agreement as to material terms of the engagement until on or about June 19, 2014,” the defendants had already advertised he would be performing.

His suit alleges the defendants posted advertisements on Facebook on June 9, saying Kelly was a headlining performer and directing consumers to a website to buy tickets. They also allegedly posted tweets on June 18 and 19 about Kelly performing at the festival.

Kelly further asserts the defendants issued a press release about his alleged performance that directed consumers to the festival’s website and placed an advertisement about it with the Niagara Falls Tourism website, both before his alleged acceptance of the offer.

On July 2, two days before the festival was set to start, the performer’s suit says the defendants continued to use his name and likeness in promoting the event.

As of today, the website for the festival, which has already taken place, did not list him as a performer, but a Google search for “R. Kelly” and “One Love Order at the Border” produced results to a few websites and blogs that showed him as a headlining performer.

In his breach of contract claim, Kelly alleges the “Defendants had a duty to perform its obligations under the Performance Agreement consistent with its duty of good faith and fair dealing and Defendants breached the same by unilaterally refusing to honor the same while continuing to use the goodwill and commercial value of Plaintiff Kelly to advertise the Concert and entice consumers to purchase tickets.”

As a result of the alleged breach of contract, the performer claims he “has suffered harm and is threatened with additional harm.”

Not only did he lose out on his $200,000 performance fee, but Kelly alleges he “forewent other performance opportunities” and “incurred expenses in preparing to be present” for the festival. His suit states he tried to book a replacement performance to no avail, given the late notice and holiday weekend.

“[M]oreover his reputation has been damaged in that his fans are now expecting him to perform and have undoubtedly purchased tickets to see him perform only to be disappointed to find out that he will not be performing, through no fault of his own,” his suit says.

Kelly’s suit is seeking $200,000 in damages on his breach of contract claim; compensatory damages for his alleged expenses in preparing to perform at the festival, as well as damage to his reputation; actual and punitive damages; and attorney’s fees and costs.

Represented by Chicago attorney Heather L. Blaise, Kelly also wants “all gains, profits and advantages derived by the defendants as a result of their unfair trade practices; unfair competition; and false endorsement” and “their infringement of Plaintiff’s tradename and name and likeness.”

The above photo is from Kelly's official Facebook page.