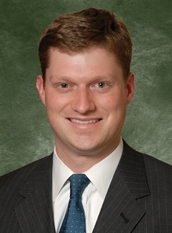 The son of a Glenview couple killed after a train derailed and collapsed a bridge has won a chance to again press his wrongful death lawsuit against Union Pacific Railroad in Cook County Circuit Court.

On Monday, the Seventh Circuit Court of Appeals tossed a request from the railroad company to either keep the suit in federal court, where it had removed the matter to, or compel the lower court to deny the plaintiff's motion to amend his complaint.

Since those two employees were residents of Illinois, Der-Yeghiayan remanded the case back to state court for further proceedings because the parties were no longer completely diverse, as the railroad had argued in removing the matter (Lindner is from Illinois and Union Pacific is a Delaware corporation, based in Nebraska).

In dismissing Union Pacific's appeal, as well as its alternative request to treat the appeal as a petition for a writ of mandamus, Sykes said the panel lacked jurisdiction to hear the matter because the remand order is not reviewable on appeal and the lower court's ruling to grant leave to amend to the complaint "was not a final order in any sense."

The judges further explained that it had to dismiss the railroad's writ request because "mandamus relief is neither necessary or appropriate" as the lower court's order granting the plaintiff leave to amend the complaint can be reviewed in state court.

“Union Pacific has adequate means to correct any error in the district court’s decision,” Sykes wrote for the panel, noting the railroad can ask the state court to reconsider the addition of the two defendants and if it refuses to do so, go to the state appellate court.

She added, "The defendants understandably do not wish to continue defending against claims that they view as meritless—but in this regard they’re in the same position as any other defendant who loses a motion to dismiss, and mandamus relief is not appropriate merely because defendants don’t want the burden of having to litigate the case
further."

The recent ruling stems from the legal maneuvering that has occurred in the wake of the wrongful death suit filed in 2012 by the couple’s eldest son, Robert Lindner, the administrator of his parents' estates.

He sued Union Pacific after his parents were killed when a freight train running on the tracks derailed on July 4, 2012, collapsing an 86-foot long railroad bridge over Shermer Road, crushing the couple’s car beneath it.

Union Pacific officials have said publicly that the company believes the day’s hot weather created kinks in the rails, which caused the derailment.

Lindner has asserted the company’s negligence in inspecting and maintaining the tracks and the bridge caused the crash. He filed suit in Cook County, but Union Pacific removed the case to federal court, citing diversity of parties.

According to court documents, Lindner learned “early in the discovery process” of two railroad inspectors employed by Union Pacific who had either recommended the track near the bridge be inspected or who had been on the scene shortly before the derailment.

He then sought to add the inspectors to the complaint as defendants. Since they lived in Illinois, adding them to the complaint destroyed complete diversity of the parties and allowed Lindner to ask the federal court to remand the case to state court.

Union Pacific objected, claiming federal law would preempt any state law claims against the inspectors. It also asked the court to use “discretionary authority” to keep the matter in federal court.

The judge, however, rejected the railroad’s arguments, indicating he believed the claims were not preempted by federal law and Lindner “had good reasons, unrelated to jurisdiction, for adding the new claims.”

Because the federal judge’s ruling to allow Lindner to amend his complaint and add the inspectors as defendants didn't represent a “final order,” the Seventh Circuit panel explained the law doesn't allow it to review the subsequent order to remand.

And, since the case has been remanded and the remand order cannot be altered on appeal, Sykes said she and her colleagues cannot compel the lower court to revisit its decision to grant leave to amend the complaint, as “Union Pacific has not explained how we could issue an order compelling the district court to take action in a case over which it has already relinquished jurisdiction.”

Want to get notified whenever we write about Union Pacific HQ ?

Sign-up Next time we write about Union Pacific HQ, we'll email you a link to the story. You may edit your settings or unsubscribe at any time.