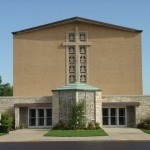 A woman is suing over claims she was injured when she slipped on a wet floor during church choir practice.

Jeanine Rapp filed a premises liability lawsuit Oct. 3 in Cook County Circuit Court against the Catholic Bishop of Chicago, the Archdiocese of Chicago and St. Cletus Catholic School and Parish.

According to the complaint, Rapp was at choir practice in the music room at St. Cletus on West 55th Street in La Grange on Oct. 20, 2012, when she exited the room and slipped on the wet floor in the hall that had just been mopped.

Rapp claims she sustained injuries as a result of the defendants' negligence in allowing the hall to be mopped when it was clear it would pose a danger to those in the choir room.

This is a report on a civil lawsuit filed in Cook County Circuit Court. The details in this report come from an original complaint filed by a plaintiff. Please note, a complaint represents an accusation by a private individual, not the government. It is not an indication of guilt and it only represents one side of the story.