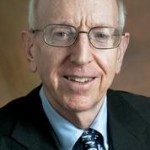 Motorola Mobility LLC and its various subsidiaries in 2009 sued AU Optronics Corp. and other foreign manufacturers, alleging the companies entered into a cartel together to artificially raise the prices of the LCD screens that give Motorola phones their user interfaces.

In its Nov. 26 ruling that affirms the district court's grant of partial summary judgment to the defendants, the Seventh Circuit Court of Appeals said Motorola sought relief under the Sherman Act for billions of dollars in alleged antitrust behavior that may have harmed its foreign subsidiaries, but never actually directly affected it directly.

Judges Ilana Diamond Rovner and Michael Kanne were on the Seventh Circuit panel, with Judge Richard Posner writing the opinion that threw out the company's anti-trust claims and called Motorola's allegation of being a “target” of the alleged cartel “inflated rhetoric.”

The panel previously issued a more-broadly written opinion in this case, but later vacated it, ordered rehearing, more briefing and oral argument. It also said it allowed the U.S. Department of Justice, which "successfully prosecuted AU Optronics for criminal price‐fixing of the LCD panels sold to Motorola’s foreign subsidiaries," and others to file amicus curiae briefs before hearing arguments on Nov. 13.

"Motorola’s foreign subsidiaries were injured in foreign commerce—in dealings with other foreign companies—and to give Motorola rights to take the place of its foreign companies and sue on their behalf under U.S. antitrust law would be an unjustified interference with the right of foreign nations to regulate their own economies," Posner wrote.

Earlier in the 21-page opinion, he noted that “No doubt Motorola thinks U.S. antitrust remedies more fearsome than those available to its foreign subsidiaries under foreign laws. But that's just to say that Motorola is asserting a right to forum shop.”

In its 2009 suit, Motorola referenced LCD screens it bought from AU Optronics and the other foreign manufacturers, but Posner pointed out that of all of the components at issue, only 1 percent were actually delivered to the U.S. parent company while the other 99 percent went to Motorola's foreign subsidiaries.

Ultimately, the panel's opinion notes that 57 percent of the screens in question never actually ended up in the U.S., with the others only being sold on the domestic market after they had been installed into phones and marked up by Motorola.

Posner explained that under the Sherman Act, plaintiffs must prove a “direct, substantial, and reasonably foreseeable effect on U.S. domestic commerce – the domestic American economy, in other words,” and the effect must give rise to a federal antitrust claim.

“The first requirement, if proved, establishes that there is an antitrust violation; the second determines who may bring a suit based on it,” Posner wrote.

He said the defendants in this case would have been subject to the Sherman Act if they attempted to sell inflated LCD screens in the U.S., but that “Motorola is wrong to argue that it is import commerce,” because it was Motorola, not the defendants, that imported the panels in question into the United States.

“The panels – 57 percent of the total – that never entered the United States neither affected domestic U.S. commerce nor gave rise to a cause of action under the Sherman Act,” Posner wrote for the Seventh Circuit.

The federal appeals panel determined that estimating damages to Motorola based on harm inflicted upon its subsidiaries would be difficult if not impossible.

“Speaking of that difficulty of estimating harm to Motorola, we point out that although this suit is more than five years old there is a remarkable dearth of evidence from which to infer actual harm to Motorola,” Posner wrote. “Its briefs lack the numbers one would need to infer, let alone to quantify, such harm.”

“What trips up Motorola's suit is the statutory requirement that the effect of anticompetitive conduct on domestic U.S. commerce give rise to an antitrust cause of action. The conduct increased the cost to Motorola of the cellphones that it bought from its foreign subsidiaries, but the cartel-engendered price increase in the components and in the price of cellphones that incorporated them occurred entirely in foreign commerce.”

Posner noted that according to Motorola's own damages expert, the company raised prices on its mobile phones by more than the increased price charged to it by its foreign subsidiaries.

“Perhaps because Motorola may actually have profited from the price fixing of the LCD panels, it has waived any claim that the price fixing affected the price that Motorola's foreign subsidiaries charged, or were told by Motorola to charge, for the cellphones that they sold their parent," he wrote for the panel.