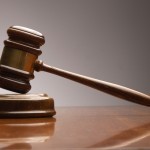 A U.S. veteran was denied more than $15 million when his former business partner, a Chicago man and fellow vet, sold their military logistics company shortly after he left the enterprise he founded a decade ago, a federal judge said this week.

Charron, the judge held, is entitled to nearly $15.8 million from the defendants. On the flip side, the judge said Sallyport Global Holdings, a subsidiary of Pennsylvania-based Michael Baker International, is entitled to about $277,300 from Charron on its counterclaims for conversion and unjust enrichment.

Pauley gave the parties until Dec. 22 to submit a proposed final judgment.

The ruling came down on Wednesday, following a three-week bench trial over the lawsuit that Pauley described as “a sad denouement to what began as a vibrant and symbiotic partnership between two West Point graduates.”

“After serving their country in the military, [Charron and DeBlasio] continued to serve by providing logistical support in dangerous overseas theaters. That business earned them tens of millions of dollars,” Pauley wrote. “Ultimately, each turned his vast fortune against the other in a litigation bonanza rivaling Warren Adler’s ‘The War of the Roses.’”

He added, “This business divorce should never have spilled into a federal courtroom.”

Charron, Pauley’s opinion, founded Sallyport Global Holdings (SGH) in 2003 as a sole proprietorship with a $100,000 home equity loan, following seven years of active service, business school and a career in the high-tech industry.

He was introduced to DeBlasio in January 2004 in Iraq by another West Point graduate, the ruling states, noting that DeBlasio left the military after 21 years of active and reserve duty. He previously worked for General Electric and Philip Morris, according to a biography of DeBlasio on a website for Boostrap Capital, a private equity firm in Chicago.

The two met again in April and began utilizing their networks of contacts in Iraq, according to the Pauley’s opinion. Following some success working together, Charron offered and DeBlasio accepted a 50-percent equity interest in SGH.

Charron served as chief executive officer and DeBlasio as president of the company that grew as the U.S. government’s involvement in Iraq and Afghanistan increased. Their company provided facility maintenance and logistics support to the government and its contractors, according to the ruling that said many of SGH’s contracts were involved risks as they were tied to Operation Iraqi Freedom and Operation Enduring Freedom.

When the U.S.’ involvement in Iraq began to change in 2009, the two vets apparently tried to sell their business, a decision that was motivated, at least in part, by personal issues between them that couldn’t be resolved.

They eventually reached an agreement in which DeBlasio would basically buyout Charron and SGH would redeem his shares.

In December 2010, the ruling states, the partners executed a stock agreement that left DeBlasio as the sole shareholder and included a windfall provision providing that if DeBlasio sold the company within a year for more than $65 million, Charron would receive a certain percentage of the proceeds.

This provision was at the heart of the lawsuit that Charron filed in 2012 after DeBlasio, a few months after his partner had left, sold SGH for $64.5 million.

Charron argued the value of the sale was much greater than $65 million and as such, triggered the windfall provision. He claimed that DeBlasio took certain assets of the company for himself before the sale and that those assets need to be counted toward the value.

According to the ruling, the defendants argued that regardless of the SGH’s value, they will never actually get more than $65 million because the deal included a provision that held back a few million dollars for potential liabilities. Further, the ruling further notes that $10 million of the purchase price was put into a trust that isn’t set to be released to DeBlasio until 2015.

Saying the sale price was “startlingly close to the $65 million trigger” provided the windfall provision and because of how the deal was structured, Pauley said in his ruling it was “necessary to probe” the price.

After analyzing various value estimations from the parties and their experts, Pauley determined that the sale of the company-- including cash, rollover equity interest and assignment of operating assets -- reflected its value was greater than the $65 million windfall and closer to about $79 million.

Pauley further rejected the defendants’ argument that the windfall provision only provided Charron 20 percent of the proceeds of the company’s sale over the $65 million mark, as opposed to all proceeds, and as such, said Charron is entitled to about $15.7 million from the defendants.

The judge did, however, rule against Charron on SGH’s counterclaim that he stole about $227,364 by writing company checks to himself before the sale closed. Pauley said Charron’s check writing were “choreographed actions” designed to conceal him taking extra money from the company.

Charron was represented by attorneys from Bailey & Glasser, including Brian Glasser in West Virginia, James B. Perrine in Alabama and Athanasios Basdekis of the firm’s Washington D.C. office.