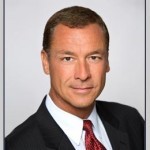 The estate of a Mokena woman who died in 2014 traffic crash has sued three drivers, alleging responsibility for her wrongful death.

According to the complaint, on Feb. 3, 2014, Mary Carpenter was driving her 2009 Jeep Wrangler at 8000 S. Archer Road in the village of Justice. Kulesa, operating his 2010 Mercedes, was in the same location and struck the vehicle of Jonath S. Scott, causing Carpenter to be stranded in the roadway. The suit says this obstruction ultimately contributed to Carpenter's death.

At the same time, Sanders, of Hickory Hills, was driving a 2005 Chevy Classic and struck Carpenter's vehicle after it was stopped in the roadway. This caused Carpenter to exit her vehicle to exchange information with Sanders, the suit says. Finally, Okrasinski, of Homer Glen, driving a 2004 Lincoln Aviator in the same area, struck Carpenter as she was returning to her vehicle, causing Carpenter's death, the suit says.

All three defendants, the lawsuit states, were responsible for Carpenter's death.