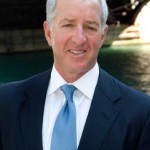 A jury has ordered a concrete products maker to pay more than $10 million to a man who alleged he was severely burned in a flash fire when a water heater pilot light ignited vapors from the sealant he was applying to his basement floor.

In the April 22 verdict, the Cook County Circuit Court jury decided Andrzej Plizga, of Bensenville, along with his wife, Katarzyna, were owed $10.9 million from the Cleveland, Ohio-based Euclid Chemical Company, which does business as Increte Systems,  for medical expenses, lost earnings, pain and suffering, disfigurement, loss of spousal companionship and loss of normal life stemming from the accident.

The verdict stems from a complaint filed by Plizga against Euclid in Cook County court in 2010.

According to the complaint, Plizga suffered the burns while applying a product identified as Increte Crystal Clear VOC Sealer to his concrete basement floor on June 1, 2010.

In the complaint, Plizga alleges he had purchased two five-gallon containers of the Crystal Clear product from a distributor in the 3100 block of West Belmont Avenue in Chicago three days earlier. He alleges he purchased the product after discussing his plans for sealing his basement floor with a representative of the distributor.

However, he said, at no time did anyone, either with the distributor or the manufacturer, provide him with an application manual or instructions for use beyond those written on a label stuck on the product containers.

Further, Plizga’s complaint contended Euclid improperly sold the Crystal Clear product for indoor application, particularly since the company also makes products containing no acetone, and which it markets as “the ideal sealer choice for indoor application” for masonry and concrete surfaces.

Plizga alleged he read the application information printed on the product’s label, and took precautions, including opening windows and using a box fan to ventilate the basement before applying the product.

However, as he was applying the product on June 1, 2010, he alleged vapors from the product traveled from the room in which he was working to a nearby utility room, where they were ignited by a pilot light on his water heater, causing a flash fire which left Plizga with “second- and third-degree burns to over 65 percent of his body.”

In its defense, Euclid argued Plizga’s claim should be rejected because of “his misuse of the product.” The company alleged Plizga assumed the risks associated with the Crystal Clear product when he purchased and then attempted to use the product, which Euclid contends, was clearly labeled “For Professional Use Only.”

The company contended Plizga further ignored numerous warnings printed on the product, including a label bearing the image of a large stop sign stuck to the top of the can, “which instructs users not to open the can until they have read and understand the current Material Safety Data Sheet for the product as well as the product’s label.”

The company further alleged Plizga “used the product while under the influence of alcohol.”

Plizga was represented in the action by attorneys Stephen M. Passen and Matthew A. Passen, of the Passen Law Group, of Chicago.

Euclid was represented by the firm of Wildman Harrold Allen, of Chicago.