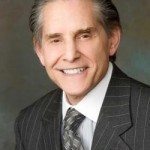 A state appeals panel has upheld a $6 million verdict delivered by a Cook County jury against Chicago-based intellectual property law firm Banner & Witcoff Ltd. over allegations of malpractice which arose after it allegedly failed to identify the correct owner of a key patent, torpedoing a deal a Raleigh, N.C.-based group of private equity investors believed would have netted the investors profits of around $23 million.

On April 28, a three-justice panel of the Illinois First District Appellate Court rejected the plaintiffs’ contentions the jury should have awarded greater damages, and the defendants’ arguments for a lesser amount.

“The jury was charged with assessing an amount of damages that, in its estimation, it believed flowed from defendants' negligence,” the justices wrote. “We see no reason to disturb the result at which it arrived.”

The opinion was authored by Justice John B. Simon, and justices Laura C. Liu and P. Scott Neville concurred in the decision.

The appeal followed a February 2013 verdict delivered by a jury in Cook County Circuit Court in favor of plaintiffs Meriturn Partners, a private equity investment group, with offices in Raleigh and San Francisco, against Banner & Witcoff.

The case centers on Meriturn’s acquisition of Sustainable Solutions, a Pennsylvania-based company court documents state was “in the business of repurposing industrial waste into usable products.”

In 2005, Meriturn’s leadership favored the transaction, which would require investments of $3 million from Meriturn and an additional $3 million from an outside group of investors.

The company then retained counsel to review the deal and take a deeper look into Sustainable Solution’s business and holdings. That counsel, according to court documents, then recommended retaining attorneys specializing in intellectual property law, as much of Sustainable Solutions’ value lay in its “proprietary processes that were the subject of patents.”

According to the court documents, Berghammer eventually advised Meriturn all of the necessary patents were held by Sustainable Solutions, and advised to proceed with the deal.

However, after completing the deal, court documents indicate Meriturn learned the woman who had owned Sustainable Solutions previously, and who served as the company’s president following Meriturn’s takeover, had been “engaged in double-dealing and other misdeeds,” and, as a result, one of the key patents was actually owned by her spouse’s relatives.

Following that revelation, court documents state a pending deal between Sustainable Solutions and another company, which would have resulted In a $23 million investment from a company identified as SEM, fell apart, costing the Meriturn investors potentially millions of dollars in royalties.

Meriturn then sued Banner & Witcoff for malpractice, resulting in the jury’s $6 million verdict.

The appellate justices, however, said the evidence in the case indicated the lawyers knew, in discussing the transaction with Meriturn, they were also, by extension, assisting the outside investors funding the takeover.

“Despite being told of the existence of other investors and their obvious interest in his performance of services, Berghammer never attempted to limit the scope of the representation to only Meriturn's investment activity,” the justices wrote. “Berghammer also claimed to have expertise in the area of intellectual property due diligence in the context of targeting companies so, considering the circumstances, when he was specifically advised about the structure of the transaction, he should have known that his legal advice was flowing to people outside of Meriturn.”

On cross-appeal, Meriturn also argued the jury awarded too little, saying the verdict should have been based on the potential earnings lost, as well, as the actual money sunk into the venture.

The justices, however, said the jury did not err in not considering unrealized profits, noting investments, including some introduced as evidence by Meriturn, often fail to earn money, and may lose money for the investors.