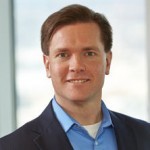 A Minneapolis-based attorney and the law firm with which he works have removed to federal court a class action lawsuit brought by a California-based direct marketing company against a group of lawyers, including several from the Chicago firm of Chuhak & Tecson, who have been accused of leading a scheme to persuade wealthy investors to purchase tens of millions of dollars in “bogus” unconventional fuel federal tax credits, and hide the transactions using a web of shell corporations created in conjunction with landfill operators.

On June 5, lawyer Norman Jones III and his firm, Winthrop Weinstine, of Minneapolis, filed notice in Chicago federal court of their intent to transfer the lawsuit, in which they are named as defendants, from local to federal jurisdiction.

In support of the removal, Jones and Winthrop Weinstine argued the case belongs in federal court, rather than Cook County Circuit Court, where it was originally filed, because the size of the potential class, which could number more than 100 plaintiffs, and the potential damages, totaling more than $11 million, require the case to be removed under the Class Action Fairness Act.

They also noted the case involves defendants from several states, a lead plaintiff from California and potential class members from throughout the country.

The removal comes about three months after the lead plaintiff Rauxa Direct, of Costa Mesa, Calif., filed suit in Cook County, naming the Chuhak firm; five attorneys associated with the firm: Gary Stern, Jeanne Kerkstra, David Shiner, Donald Russ and Edwin Josephson; a host of corporate entities; a collection of investors, including those identified in the complaint as Leon Greenblatt, Andrew Jahelka, Michael Horrell, Richard Nicols, Kevin Werner and Michael May, who owned the various corporate entities named in the complaint; and attorney Liz Sharp, of Chicago, along with Jones and Winthrop Weinstine.

Winthrop Weinstine said in its removal notice it was served as a defendant in the action in early May.

The suit itself followed action by federal prosecutors against Stern over the scheme surrounding the sale of “Fuel from Non-Conventional Sources,” or FNS tax credits. Stern is charged with federal tax fraud. In late 2013, he consented to an injunctive order against him in 2013, agreeing to not prepare tax returns for anyone other than him and his family.

In March, Rauxa brought the putative racketeering class action suit against Stern and the other defendants, alleging they each played a role in the conspiracy to sell more than $11 million worth of the phony FNS tax credits to a host of former high-income clients, from a range of professions, from law and business to professional athletics.

According to Rauxa’s complaint, from 2005-2007, the Chuhak defendants and other alleged co-conspirators allegedly worked to persuade the prospective investors to buy the otherwise-legal tax credits to reduce their tax liability on a dollar-for-dollar basis. However, Rauxa’s complaint alleges the conspirators knew “90 percent” of the landfills from which the fuel was purportedly being generated lacked the equipment needed to use the landfill gases to generate electricity, thus invalidating 90 percent of the tax credits being sold.

The Rauxa complaint alleges the defendants used the scheme to “generate huge fees and commissions” through the sale of the tax credits through the so-called “Green Gas Arrangement.”

Rauxa’s complaint alleges they and other defendants have been forced to spend large sums defending themselves against the IRS, which has assessed penalties and interest on the years of allegedly underreported income as a result of participating in the FNS tax credit scheme.

Rauxa has requested three-fold damages, including compensatory and punitive, in addition fees and costs.

Rauxa and the putative class are represented by attorneys from the firm of Konicek & Dillon, of Geneva.

Jones and Winthrop Weinstine are represented by the firm of Donohue Brown Mathewson & Smyth, of Chicago.