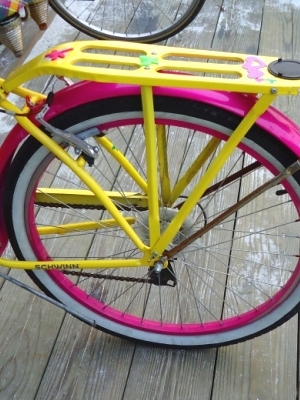 A Cook County woman is suing three individuals on allegations of vehicular negligence in a 2013 multi-vehicle accident that injured her as she was riding her bicycle.

The suit states that Rebollo, who was parked facing westbound on Lawrence Ave. in Chicago on Aug. 17, 2013, negligently operated his 1999 Ford Explorer when he opened his vehicle door before it was safe to do so, creating an obstruction and striking Edes as she was lawfully riding her bicycle westbound in the bike lane. The lawsuit states that Rebollo failed to check his rear and side view mirrors and keep a sufficient lookout for approaching traffic.

Additionally, the suit states, Kevin Salazar was operating a vehicle on Lawrence Ave. with only a driving instruction permit and drove his vehicle into the plaintiff. Edes charges defendant Salazar with failing to drive with supervision, keep a proper lookout for traffic, give audible warning of his approach, and reduce his speed to avoid the accident.

According to the complaint, Kevin Salazar’s vehicle was owned by Jose Salazar, his father. The suit states that the elder Salazar failed to exert control over the guidance and operation of his automobile.

Claiming pain, suffering, permanent injuries and medical costs, Edes demands judgment in excess of the minimum jurisdictional amount, plus attorneys’ fees and costs. She is represented by Kristin Barnette of Kralovec, Jambois & Schwartz in Chicago.