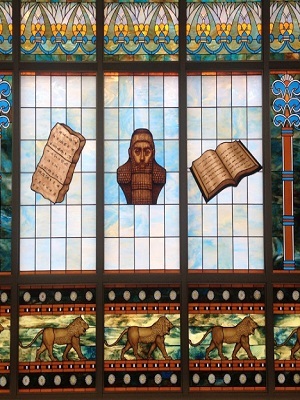 A power struggle within a Lincolnwood-based Assyrian charitable foundation reportedly under investigation and facing a subpoena from prosecutors seeking information on allegedly questionable financial activities has spilled into Cook County Circuit Court, as each side has asked a judge to bar the other from any influence on how the organization conducts its business and spends its millions of dollars in the bank.

The tussle first entered the courts on Aug. 24, when Tiglat Issabey, identified in court documents as the new president of the Assyrian Universal Alliance Foundation, and seven of his fellow directors on the board of the AUAF filed suit in the circuit court against Simon Yohanan, who, according to court documents, had served as the foundation’s president at least until Aug. 20.

On that date, Issabey’s complaint states, the board voted 8-4 to remove Yohanan from his role.

But Yohanan since has maintained, both in a letter sent to the board, communications to the AUAF’s 1,400 employees, and in subsequent court filings, that the board’s action was improper and contrary to the organization’s bylaws. Therefore, he said, he should still be considered the board’s president.

Yohanan countersued on Aug. 25, asking a judge to place the AUAF in receivership, as he alleged the attempt to remove him from his position was instigated by AUAF board members who are attempting to remove from the organization those who might question their decisions to spend the foundation’s money – a large percentage of which comes from state grants - on pet projects, without proper accounting and oversight, ostensibly to aid ethnic Assyrian refugees in the Middle East.

Issabey and the AUAF’s board of directors have asked the court to declare the board had properly removed Yohanan as the organization’s president and issue an injunction barring Yohanan from “claiming to be a director, officer, president or manager of the AUAF.”

Yohanan has responded by asking the court to place the foundation in temporary receivership while purported investigations into the foundation’s doings by law enforcement entities continue.

Issabey and the AUAF directors are represented in the action by attorneys from the firms of Nixon Peabody LLP and Hanlon and Vinson, both of Chicago.

Yohanan is represented by the firm of Burke Burns & Pinelli, of Chicago.

Founded in the 1970s originally to provide assistance to ethnic Assyrian refugees immigrating to the U.S. from amid a civil war in Iraq at the time, the AUAF has since expanded its offerings to the community, as well, including programs to serve senior citizens in the surrounding communities, according to its website.

According to the court documents, the AUAF program employs about 1,400 people to serve about 2,000 senior citizens.

The foundation also maintains various Assyrian cultural resources, including an Assyrian language library and art and music classes for ethnic Assyrian children. And the foundation’s website notes it partners with international organizations to care for Assyrian refugees in the Middle East now fleeing current conflicts in Syria and Iraq.

The vote to remove Yohanan came against the backdrop of federal investigations into the foundation’s activities, potentially including what the AUAF calls its “Lebanon Project.”

The court documents note the board had funded that project relatively modestly since 2012, sending money through AUAF board member Juliana Jawaro to aid Assyrian Christians in the Middle East, particularly in Lebanon, in partnership with a diocese of the Syriac Orthodox Church in Lebanon. However, the board moved this summer to sharply increase its funding. First, the board agreed to send $1.25 million in “emergency funds,” ostensibly to aid refugees as ethnic Assyrian Christians and others fled the advance of ISIS in the region. Then, the board, allegedly at the urging of Jawaro, moved to up its funding for its Lebanon work to $8 million.

Yohanan alleges in his countersuit this level of funding was “unprecedented,” and was done without proper controls. He states he sent a letter to the board on Aug. 19 voicing concerns. That, he said, is what prompted the board to move to remove him.

That letter, however, came nine days after the board received a federal subpoena demanding production of documents. Yohanan alleges in his countersuit the subpoena dealt with suspicion of “wire fraud.”

The AUAF complaint indicates the government had requested about 80,000 pages of documentation from “several hard drives.”

The AUAF directors assert Yohanan’s removal had been weeks in the making, as they assert he had repeatedly clashed with the board, attempting, without success, to remove certain directors and casting aspersions on his fellow directors’ competence and qualifications.

The AUAF directors say Yohanan had not advised them of any concerns related to the Lebanon Project or any other uses of foundation money until the day before they voted to remove him.

In removing Yohanan, the directors also voted to revoke Yohanan’s access to the foundation’s bank accounts, which the complaint notes includes “many millions of dollars” kept at a bank the directors assert Yohanan and his family manage.

Yohanan is listed as managing director of Evanston-based First Bank & Trust on the bank’s website.

Following the Aug. 20 meeting, and in his countersuit, Yohanan has maintained the board’s vote was not legal. In his countersuit, he points to bylaws which require advanced notice of any meeting at which the board might attempt to remove a director, among other alleged irregularities in the board’s action.

Therefore, Yohanan said he should still be considered the organization’s president.

The AUAF directors, however, maintain Yohanan was rightfully removed, and now lacks standing to ask the court to intervene on his behalf in the affairs of the AUAF.

They further allege Yohanan has taken “reckless” actions against them, including changing the security codes on the doors to the foundation’s offices and locking employees out of the building. They said his actions have interfered with the foundation’s ability to operate its community service programs, which provide daily care to about 2,000 homebound senior citizens in the surrounding communities.

And the board said Yohanan’s interference has slowed their efforts to respond to the subpoena, by confusing employees who do not know whose orders to follow.