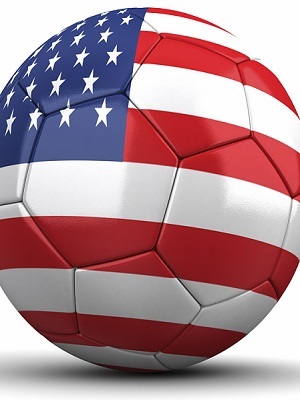 The United States Soccer Federation must seek approval from its players’ union before allowing sponsors to use players’ likenesses in advertisements, after a federal judge upheld the decision of an arbitrator.

U.S. District Judge Virginia M. Kendall ruled Sept. 29 in Chicago to grant the United States National Soccer Team Players Association’s motion for summary judgment in a lawsuit the Chicago-based U.S. Soccer Federation brought against the players association. The ruling confirms the earlier decision of an arbitrator tasked with settling a dispute between the association and the federation over the use of player likenesses in non-video advertising.

According to court documents, the collective bargaining agreement between the association and the federation, in effect until the end of 2018, specifically requires sponsors who want to use likenesses of six or more U.S. Men’s National Team soccer players in video promotions or advertising to work with the federation to first seek the approval of the players’ association. The agreement does not, however, specifically state the same approval is needed for non-video advertisements.

Despite that, U.S. Soccer first began submitting non-video advertisements to the players’ association for review in 2004, and for approval in 2007. The federation said this was an effort to head off the possibility the union would object to the use of a player’s likeness after the fact and file a grievance, forcing the sponsor to pull its ads. But as the popularity of soccer soared in recent years, so did the number of sponsors wanting to use images of the U.S. Men’s National Team in print and digital advertisements, the complaint said. The federation claims, as the number of requests grew, the players’ association became increasingly restrictive about the use of the players’ likenesses.

In August 2013, U.S. Soccer filed a grievance after the association rejected a print ad submitted for approval. Six months later, court documents said, the federation dropped its grievance and served the association with written notice that it was not contractually obligated to seek approval for non-video advertisements and would no longer do so. In its complaint, the federation said the potential cost of a grievance no longer outweighed the benefit of being able to respond quickly to sponsor requests. In response, the players’ association filed its own grievance, and the assigned arbitrator ruled U.S. Soccer must continue to seek approval for non-video use of player likenesses by sponsors.

In his opinion, the arbitrator said the collective bargaining agreement is “silent” on the approval process for such requests. He pointed out the approval process is clearly spelled out for video use, but, while the contract does mention and “contemplate” the use of static images, it never identifies a similar process. He said he then looked to past practice to clarify the ambiguity.

In its request to vacate the decision, the federation claimed the arbitrator overstepped his bounds and created a new mandate for which the players’ association had never bargained. It disputed his claim the contract language was ambiguous, and argued the agreement did not spell out an approval process because one was not required.

In denying the federation’s request, Kendall said the court has very little authority to change an arbitrator’s ruling; it can only determine whether the arbitrator fulfilled his obligation to interpret the contract. She found the arbitrator had not overstepped his bounds by using past practice to help him interpret the collective bargaining agreement, and denied the federation’s request to vacate his decision.

The U.S. National Soccer Team Players Association was represented in the action by attorneys with the firms of Williams & Connolly, of Washington, D.C., and Miner, Barnhill & Galland, of Chicago.

The U.S. Soccer Federation was represented by the firm of Latham & Watkins, with offices in Los Angeles and Chicago.