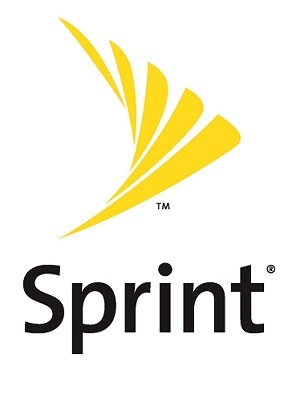 A Chicago man believes Sprint violated federal law in disclosure forms it provided him before checking his credit when he was applying for a job. And since he believes the company has done the same with others, he has asked a judge to allow him to bring a class action against the telecommunications company.

The two Sprint arms, he said, “routinely and systematically violate the FCRA’s basic protections by failing to provide required disclosures prior to procuring background reports on applicants and employees.”

On June 4, Rodriguez applied for a job at a Spring retail location in Wicker Park/Bucktown. As part of the application process, Rodriguez completed Sprint’s “Authorization for Background Investigation” form, which he said “violates the FCRA’s standalone disclosure requirement because it contains extraneous information,” and further that it “includes a vast and limitless release of information that applies to third parties’ provision of information.”

The disclosure form, according to the act itself, should be “clear and conspicuous … made in writing to the consumer at any time before the report is procured or caused to be procured, in a document that consists only of the disclosure, that a consumer report may be obtained for employment purposes.”

The inclusion of this information, he argued, was intended to allow Sprint and A-Check America, its consumer reporting agency, to waive several “carefully promulgated protections that protect the privacy of personal information held by the government and others,” such as the Family Educational Rights and Privacy Act, the Gramm-Leach-Bliley Act, the Health Insurance Portability and Accountability Act and several more restrictive state government regulations.

“This benefit to (Sprint) came at the expense of consumers’ statutory right to receive a compliant disclosure,” the complaint stated.

The conduct, he argued in his claim for relief, “is inconsistent with the (Federal Trade Commission’s) longstanding regulatory guidance, judicial interpretation and the plain language of the statute.”

Sprint’s use of this policy, Rodriguez argued, means the company “voluntarily ran a risk of violating the law substantially greater than the risk associated with a reading that was merely careless.”

The class would include anyone about whom Sprint ran an employment-related credit report dating back to Oct. 20, 2013, and going forward until a class list is prepared.

The complaint detailed further instances in which Sprint’s form is allegedly in conflict with FCRA standards, including more extraneous information paragraphs and a state-specific section. It also detailed several cases in various courts that resulted in inclusion of such information being found to violate FCRA standards.

In addition to class certification, Rodriguez has asked the court to declare Sprint violated the FRCA and that it acted willfully, in knowing or reckless disregard of Rodriguez’s rights and its own FCRA obligations. He is requesting statutory and punitive damages and legal fees. Statutory damages range from $100-$1,000 per FCRA violation. He requested a jury trial.

Rodriguez’s attorneys are Ryan F. Stephan, James B. Zouras and Jorge A. Gamboa, of Stephan Zouras, of Chicago, and E. Michelle Drake and Anna P. Prakash, of the Nichols Kaster firm, of Minneapolis.