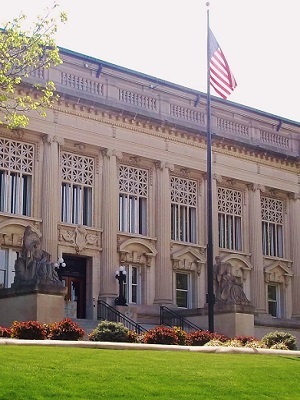 A class action lawsuit regarding a company’s use of unsolicited faxes as an advertising tool is back where it began, after the Illinois Supreme Court reversed an appellate court’s ruling and agreed with the initial ruling by the circuit court that a defendant cannot render a motion for class action moot simply by settling with the initial class representative.

In the case of Ballard RN Center, Inc. vs. Kohll’s Pharmacy and Homecare, Inc., a Cook County Circuit Court found Kohll’s offer of payment to Ballard after the suit was filed did not render the class action moot. The appellate court disagreed, finding Ballard’s motion for class action was little more than window dressing. On Thursday, the Supreme Court reversed that finding and agreed with the circuit court.

According to court documents, in 2010, Ballard received an unsolicited fax from Kohll’s Pharmacy advertising flu shots. The companies did not have a prior business relationship, Ballard said, and the lawsuit charged Kohll’s with violating the Telephone Consumer Protection Act, violating the Consumer Fraud and Deceptive Business Practices Act, and committing common law conversion of Ballard’s printer ink and paper. The suit seeks actual and statutory damages, injunctive relief and attorney fees.

At the same time that it filed the lawsuit, Ballard filed a motion for class certification. The motion sought certification of three separate classes – those who received similar faxes from Kohll’s during or after 2005, 2006 and 2007.

Over the next two years, Kohll’s tried three times to settle with Ballard on the first count of the complaint. In 2012, Kohll’s filed a motion for summary judgment on that count, arguing that under Barber v. American Airlines Inc., a class action is rendered moot if the defendant offers to tender payment to the plaintiff before the plaintiff files for class certification. Though Ballard had filed for certification at the time the initial lawsuit was filed, Kohll’s argued that the motion did not contain enough detail or information on the classes and was only a “shell motion.”

The circuit court denied the motion for summary judgment, and said, “Barber requires only that a motion for class certification be filed. It does not require that it meet any certain standard.”

Meanwhile, Ballard filed an amended motion for class certification, which Kohll’s again argued still did not meet the criteria for certification. The circuit court granted the motion. On appeal, the appellate court affirmed the class certification on two of the counts, but agreed with Kohll’s that on the first count, Kohll’s offers to settle rendered the certification moot.

In its ruling, the Supreme Court agreed with the appellate court in principle, that a “contentless ‘shell’ motion” would not prevent an action from being rendered moot under Barber. However, the court wrote, in the case of Ballard v. Kohll’s, the motion contained enough content to be considered on its merits.

All three counts of Ballard’s suit have now been granted class action certification, and the case has been remanded back to the circuit court.

Ballard is represented by the firm of Edelman Combs Latturner & Goodwin, of Chicago.

Kohll’s is represented by the firm of Konicek & Dillon, of Geneva.