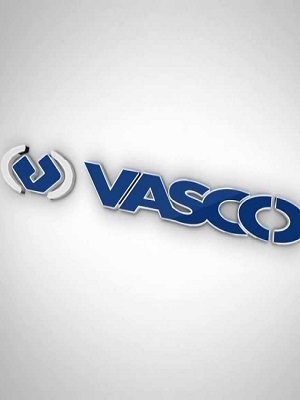 The directors and executive of an Oakbrook Terrace-based provider of digital financial security products has been hit with a lawsuit brought by a shareholder who has claimed the company’s management should be made to pay for allegedly concealing from investors – or at least not properly moving to address – the possibility an international distributor sold the company’s products to buyers in Iran while economic sanctions forbidding such sales were in place.

On Oct. 22, the directors and officers at Vasco Data Security International Inc. was sued by Beth Seltzer, an investor who purportedly held stock in the company since at least 2014.

In her lawsuit, Seltzer, through her attorneys of the firms of Lite DePalma Greenberg, of Chicago, and Gainey McKenna & Egeston, of New York, has alleged Vasco’s board and executives committed fraud and breached their fiduciary duty when it issued public reports throughout 2014 and the first half of 2015 indicating only revenue growth, but not expressing any concerns or sharing with shareholders about the possible Iranian sales. She said she has brought the suit against the company’s directors on her behalf and on behalf of the company.

Vasco, which on its website describes itself as “the world leader in providing two-factor authentication and digital signature solutions to financial institutions,” disclosed news of the potential sanctions violation in a release dated July 21 At that time, Vasco said it had launched an audit and investigation into the matter, and had informed U.S. federal government agencies of the potential sales, which it estimated may have totaled about $3.1 million.

Seltzer said the information regarding the potential Iranian sales, which may have violated federal laws, was “known to (the board and executives) or reckless disregarded by them,” causing the company’s public statements concerning no information about the potential sales to be “materially false and misleading.”

The defendants, the complaint stated, “either knew or should have known of the false and misleading statements that were issued on the company’s behalf and took no steps in a good faith effort to prevent or remedy the situation.”

Following the news release, however, shares in Vasco lost 3.22 percent of their value overnight, falling 86 cents to $25.83 on July 22, Seltzer’s complaint stated.

Following that, plaintiff Laura Rossbach, through Chicago law firm Pomerantz LLP, brought a class action against Vasco in federal court, alleging securities fraud. That class includes all investors who purchased Vasco stock from Feb. 18, 2014, to July 21, 2015. That case, in which the plaintiffs demanded Vasco be made to “pay damages sustained” by investors, remains pending.

The firms of Faruqi & Faruqi, of New York; DiTomasso Lubin, of Oakbrook Terrace; and Salas Wang, of Chicago, are also representing plaintiffs in the federal action.

Vasco is defended by the firm of Katten Muchin Rosenman, of Chicago.

Other law firms have announced they also are launching "investigations" into Vasco's board of directors' alleged possible breach of fiduciary duty.

Seltzer’s Cook County complaint included allegations of breach of fiduciary duty, gross mismanagement and unjust enrichment against all of the defendants.

She has asked the court to order damages against the defendants, including “the damages sustained by the company as a result of defendants’ breaches of their fiduciary duties, and to order Vasco to “take all necessary actions” to ensure such alleged potential violations of federal law don’t happen again.

She has demanded a jury trial.