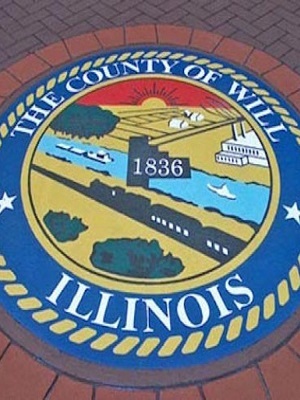 A divided state appeals panel has reinstated a settlement agreement which had ended a dispute over how much a number of Will County property taxpayers actually should have paid in 2010, with a majority on the court saying the school districts can't undo the deal simply because they didn't like the result.

A three-justice panel of the Illinois Third District Appellate Court in Ottawa overturned the decision of Will County Circuit Judge Barbara N. Petrungaro, who had sided with public school districts in tossing the settlement deal over tax objections for the 2010 tax year.

Dozens of named plaintiffs, including such big taxpayers as Target, ComEd and Walmart and developers and others owning prime commercial and industrial properties throughout the southwest suburban county, had initially brought the action against Will County Treasurer Steve Weber, challenging the property tax rates levied against them. The taxpayers and the county reached a settlement in early 2013. The court documents did not disclose how much the settlement agreement cost the county or awarded to the taxpayers. However, the circuit court approved the deal.

The taxpayers then appealed that decision, saying the judge had no legal basis for changing her mind on the settlement, as it represented a voluntary agreement, approved by the court, between the empowered legal representatives of the county’s public bodies and the taxpayers.

In an opinion issued Oct. 22, the appellate court, in a 2-1 decision, said the taxpayers are correct.

In his dissent, Carter said he believed such claims are more than just sour grapes over the deal, and should be sufficient to reject what he and the districts characterized as a flawed and unfair settlement agreement.

In trying to determine if “tax levies were potentially excessive for the purpose of conducting his settlement negotiations, the numbers that were used substantially overstated the total amounts that were available in the challenged funds for the fiscal year,” Carter said.

However, the other two justices on the panel said they believe the districts’ arguments are rooted simply in a dissatisfaction with the deal reached by the office empowered by law to represent them in such tax rate disputes.

“Broad discretion is given to the state’s attorney when settling a tax objection case,” Schmidt wrote. “The state’s attorney is not required to notify the taxing bodies of a proposed settlement agreement, or to seek their approval and has the final say in the settlement negotiations with the taxpayers.”

Although precedent states such a settlement cannot be invalidated on grounds a better result should have been reached, “that is exactly what happened here,” Schmidt said. “The school districts did not allege fraud or bad faith.”

“Had the taxpayers received a less than optimum deal due to their attorney’s use of the wrong numbers, would they be allowed to bring a section 2-1401 petition to vacate the settlement agreement? We think not,” Schmidt wrote.

According to online Will County Circuit Court records, taxpayers in the case were represented by attorney John Powers, of Karnes Law, of Chicago.

The school districts were represented by attorneys of the firms of Rathbun, Cservenyak & Kozol, of Mokena; Hauser, Izzo, Detella and Patrarca, of Flossmoor; and Whitt Law, of Aurora.