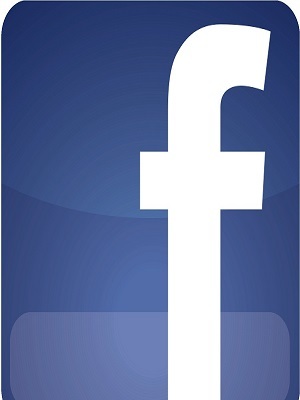 Contending its photo tagging technology doesn’t violate Illinois’ law forbidding the sharing of certain biometric information, Facebook has asked a judge to dismiss a class action lawsuit filed by a non-Facebook user who claims he and other people who do not have accounts on the social media site have been harmed by the site’s photo Tag Suggestions feature.

The feature uses facial recognition technology to analyze photos people upload to Facebook, then asks the user posting the photo if they want to “tag” their friends, suggesting Facebook users who resemble the people in the photo.

Three class-action lawsuits filed by Facebook users over the potential privacy implications of the technology are pending in federal court in Northern California.

Plaintiff Frederick William Gullen had filed suit in Chicago federal court in Illinois on Aug. 31. According to court documents, Gullen does not have a Facebook account, but said an unknown person uploaded a photo of him to Facebook and manually “tagged” him by selecting his likeness and typing in his name. Gullen claimed Facebook then stored that information about his name and “facial geometry” to a database so it can suggest his name if the Tag Suggestions feature identifies another photo of him.

Gullen’s suit charged Facebook with violating Illinois’ Biometric Information Privacy Act (BIPA), a law that restricts how companies can collect, store and use biometric information such as fingerprints, retina or iris scans, or face or body scans.

In moving to dismiss, Facebook stated that Gullen’s premise is wrong from the start.

The attorneys went on to address other arguments that they say nullify the complaint – giving particular emphasis to language in the BIPA that specifically exempts photographs and information derived from photographs from the law’s regulation.

The motion to dismiss also argued that Illinois is not the proper venue for the lawsuit and Illinois courts have no jurisdiction in the matter. The lawsuits filed by Facebook users were consolidated in California because the user agreements accepted by those creating Facebook accounts specifically state disputes with the company will be heard in courts there. Facebook is incorporated in Delaware and headquartered in California, and argues that Gullen’s complaint does not claim any negligent or reckless activities took place in Illinois or any relationship to the state.

“Facebook has done nothing to create a relationship with plaintiff, who alleges that he does not have a Facebook account and has never interacted with Facebook,” the motion stated. “Facebook’s registration to do business and its physical office in Illinois have nothing to do with the alleged events giving rise to this suit and thus cannot support specific jurisdiction.”

Gullen has asked for $5,000 for every willful or reckless violation of the BIPA by Facebook and $1,000 for every negligent violation. The class for the suit would include all Illinois residents who do not have Facebook accounts, whose photos have been tagged on the site by Facebook users and whose facial recognition information was then captured and stored by Facebook.