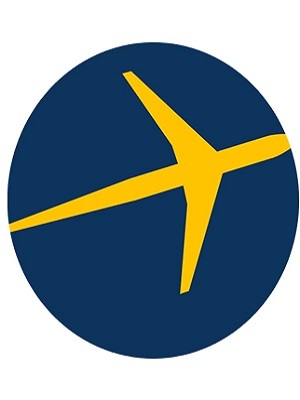 Online travel agents are facing legal action from local government agencies across the country, claiming they are being shorted perhaps hundreds of millions of dollars of hotel taxes by the travel sites.

And now three more suburban Chicago villages have added their names to the growing list of municipalities demanding the sites pay up, launching a class action in Cook County Circuit Court.

The villages each impose what they call accommodations taxes — often known as hotel/motel or pillow taxes — on rooms rented in their corporate limits. They said the websites use one of two business models: One, the agency model, under which they act as traditional travel agents, merely facilitating reservations and passing it on to the hotel in exchange for a commission. The second, increasingly pervasive over the last dozen years, is the merchant model, in which the websites acquire the rooms on a wholesale rate and then become the direct sales agent for the person renting a room.

Under the agency model, the complaint noted, the hotel would handle the ultimate transaction, including collecting and remitting accommodations taxes. But with the merchant model, that responsibility would fall to the travel company, and the villages said the companies are shorting them their due, only collecting tax on the wholesale rate they paid to secure the room, and not the room’s actual cost, as reflected in how much the consumer ultimately pays to rent the room.

The websites, the villages alleged, don’t disclose the full breakdown of the bill to customers, citing only the wholesale rate, taxes and fees and a total. The websites get their profit on the difference between the wholesale and retail rates, and “do not pay accommodations taxes directly to the” municipalities.

The complaint cites an example: Orbitz negotiates a wholesale rate of $60 for a hotel room in Matteson, then sets the price it will charge someone to rent the room, such as $100. The village says that $100 should constitute the retail rate of $100 per night, and with the village’s 5 percent pillow tax would result in $5 owed to the village. In theory, Orbitz would charge this amount to the person renting the room, and then pay $5 to Matteson.

Instead, the plaintiffs said the websites will claim the room rate is $60, and collect only $3. While still 5 percent of $60, the $3 tax is just 60 percent of the $5 Matteson believes it is entitled to collect.

Further, the villages accused the sites of failing to maintain documents regarding the accommodations taxes they collect, as well as to regularly file required tax returns per municipal codes, while also employing billing techniques that mask to customers the specifics of their room rental fees.

“Defendants will not disclose the amount of accommodations tax being assessed even if the consumer asks them (and) require that the hotels not reveal to the consumer what defendants paid for the lodging,” the villages alleged in their complaint.

In stating 10 claims for relief, the villages sought a jury trial and as much as $5 million in damages, as well as court action forcing the websites to alter their business practices to comply with tax codes.

An analysis published in Bloomberg Business earlier this year indicated Expedia alone could face a tax bill of more than $800 million, should it lose appeals of actions undertaken to collect allegedly underpaid hotel taxes.

However, in Florida this summer, that state’s Supreme Court said it did not believe state law required the travel sites to pay taxes on the difference between what they pay for the rooms, and the marked-up price they charge consumers.

In Illinois, a lawsuit brought by 14 Illinois municipalities against the travel sites is pending in federal court.