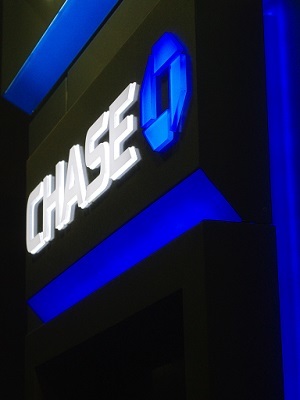 UPDATE: According to Cook County court records, this case was dismissed for want of prosecution on April 7, 2016.

Potential loopholes in a mobile banking application which could allow depositors to cash the bank notes more than once have prompted a Lakeview hotel business to bring a class action against JP Morgan Chase.

The hotel, for example, related an account of an employee who in February 2014 was issued payroll checks totaling $473.98. The woman purportedly used the smartphone app to deposit the amounts into her personal account; her bank presented the checks to the hotel’s bank, MB Financial, which deducted the total from 1409 West Diversey. However, the employee soon thereafter attempted to cash the paper checks at a local currency exchange, which “honored the checks, paid the presenter … and in turn presented them to MB Financial for payment.”

In settling that case, the hotel “incurred more than $2,200 in costs, attorney’s fees and damages,” the complaint said.

The hotel said it contacted JP Morgan Chase to complain about an absence of security procedures that would have prevented the double dip.

“JP Morgan Chase, however, refused to accept responsibility for causing 1409 West Diversey to have to pay the check twice, in addition to the treble damages and costs and attorneys’ fees associated with the suit brought by Clark-Diversey,” the complaint said.

In seeking class action, 1409 West Diversey said the class would be open to any person or entity that suffered a loss on a doubly-deposited check through JP Morgan Chase.

Further, the hotel said the trouble it experienced is “simply illustrative of the larger problem of inadequate security by banks that accept deposits by Mobile Deposit Capture. Duplicate or multiple check presentment is becoming epidemic. For example, in 2006, banks expected to receive five to seven duplicate items per million payments. Today, a few years later, that number has swollen to 40 to 100 duplicate items per million payments processed, an increase of more than 1,100 percent.”

In addition to class certification, 1409 West Diversey has demanded actual and punitive damages, as well as legal fees.

The Bellwood Hotel operators are represented in the action by attorneys Edward A. Berman and Terrence Buehler, both of Chicago.