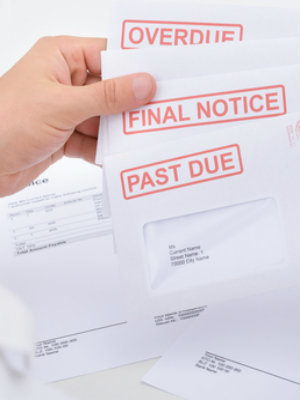 The City of Chicago has offered taxpayers a chance to avoid interest and penalties on certain unpaid taxes if the outstanding debt is brought up to date by the end of the year.

Attorneys Mary Kay Martire and Nick Furtwengler of McDermott Will & Emery in Chicago have examined and written online about the amnesty program. Martire said she sees no risk to anyone taking part in the program.

“I think the benefit is, these people, these unregistered taxpayers, are able to save money on interest and penalties they might owe because of unpaid taxes,” Martire told the Cook County Record.

The Tax Debt Relief Program is the first of its kind in Chicago, according to Martire.

“The state of Illinois has offered similar amnesty programs twice before, and they’ve been successful,” Martire said.

Chicago city leaders need their amnesty program to be successful, as well. The city faces billions of dollars in debt and unfunded pensions, in addition to lackluster credit ratings. This amnesty program offers the city a chance to cash in on taxes that may otherwise continue to sit unpaid.

The city has had success with other amnesty programs targeting motorists. In 2002, the city offered amnesty on fines related to vehicle violations and brought in more than $8.2 million dollars, according to the Chicago Sun-Times. In 2010, the same program raked in $7 million.

In Martire and Furtewengler’s examination of the Tax Debt Relief Program, they identified taxes that are eligible and ineligible.

Ineligible taxes include: “regulatory, compensation or franchise fees, special assessments, the cigarette tax, the automatic amusement device tax, wheel tax license fees, the Chicago Transit Authority portion of the real property transfer tax, and the Metropolitan Pier and Exposition Authority airport departure tax. Also ineligible are tax debts in pending legal activity or for which the City has obtained an order from the Department of Administrative Hearings or a judgment from a court of competent jurisdiction.”

Eligible taxes include: “All other taxes imposed under the Municipal Code of Chicago or by ordinance passed by the Chicago City Council.”

Applications for the 2015 Tax Debt Relief Program can be found here: