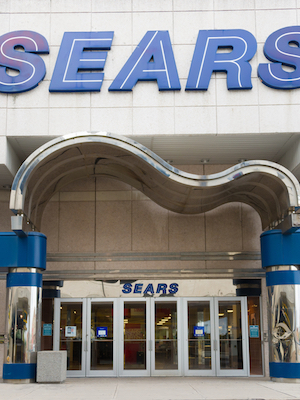 Chicago-based Zimmerman Law Offices may need to produce more records to substantiate its work if it wishes to recover a $157,000 payday it claims Sears must pay for work the firm performed to secure a $3.10 consumer fraud judgment on behalf of a “professional class action plaintiff” who had claimed the retailer charged him too much sales tax when he used federal vouchers to buy digital television converter boxes.

On Dec. 30, a three-justice panel of the Illinois First District Appellate Court affirmed a Cook County judge’s decision finding in favor of plaintiff Mario Aliano in his legal dispute with Sears.

However, the appeals panel said Cook County Judge Thomas More Donnelly had erred in awarding Zimmerman nearly $158,000 for work it had purportedly performed representing Aliano through the litigation of the case. Specifically, the appellate justices said Donnelly should not have allowed Zimmerman to introduce as evidence a computer-generated billing statement, dated July 2013, without requiring the law firm to also produce supporting paper documents tracking the hours employees worked on the case.

The case arose out of purchases Aliano made in 2009, when the federal government, seeking to ease the burden on consumers who may have been inconvenienced by a federal mandate requiring TV stations to replace analog TV broadcasts with digital signal, provided consumers with $40 vouchers toward the purchase of converter boxes to allow analog televisions to play digital television programming.

Aliano allegedly obtained two of these coupons, and used them to buy converter boxes at a Sears store. At the time of purchase, the store charged him $24, which included sales tax assessed against the item’s full $60 price tag.

However, according to an Illinois Department of Revenue bulletin, retailers had been instructed to only apply state sales tax to the portion of the item’s price in excess of the $40 voucher. In this case, the store had charged Aliano $3.10 too much in sales tax, court documents said.

Aliano had attempted to bring the case as a class action, but withdrew that request in October 2011, opting to proceed on his individual consumer fraud claim alone.

In July 2013, the circuit judge tried the case and found in Aliano’s favor. He was awarded $3.10 and his attorneys from the Zimmerman firm were awarded $157,813 in fees.

Sears appealed both the judgment and the fee award.

Sears argued the judgment was incorrect, because Aliano, who the retailer alleged was a “professional class action plaintiff” who, with the Zimmerman firm, has brought nearly two dozen class action complaints in the last eight years, could not have been deceived into paying too much sales tax. Rather, the retailer said Aliano knew what he was doing, likely with the knowledge a nearly identical class action complaint had been brought against Sears by a different plaintiff one month before Aliano bought his converter boxes. That class action was dismissed by agreement in late 2014, Cook County court records indicate.

In this case, the appellate justices said the record on appeal did not contain enough evidence to allow it to dispute the Cook County judge’s findings regarding the credibility of Aliano’s testimony regarding Sears’ alleged deception in causing him to pay too much sales tax. And the justices also said they did not believe Sears could demonstrate Aliano’s complaints represented an isolated incident or honest mistake, as the evidence in the record indicated Sears may have routinely miscalculated the sales tax on converter box purchases made with the federal vouchers.

The justices, however, said they believed the circuit court may have made a mistake in awarding Zimmerman the attorney fees. While Zimmerman had requested more than $252,000, Sears argued on appeal the judge should not have allowed the law firm to submit its July 2013 billing statement without certain handwritten paper time sheets, which Zimmerman said had been destroyed after employees of the firm had inputted the records into the firm’s timekeeping software program.

The justices said the July 2013 document was improperly admitted, because the supporting documents were required in this case, because of how the document was created.

In this case, the justices said, admitting the document was “an abuse of discretion” by the trial judge.

The question of just how much Zimmerman should be paid was remanded to the lower court for further proceedings.

Sears was represented in the action by attorneys with the firm of Greenberg Traurig, of Chicago.