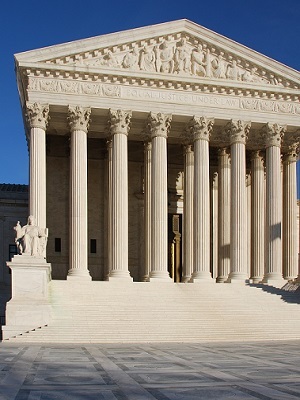 Attorneys for a Skokie motel corporation are asking the U.S. Supreme Court to establish the formula for courts to use in determining whether state and local fines are over the top, as they challenge federal court dismissals of their lawsuit alleging fines charged by the city of Chicago under its weed ordinance are excessive under the U.S. Constitution.

Attorneys for Discount Inn Inc., based at 8226 N. Kenton Ave., Skokie, filed a petition Dec. 28 with the Supreme Court, requesting justices review a September ruling by the U.S. Seventh Circuit Court of Appeals in Chicago. The matter involves “significant constitutional dimensions,” according to the attorneys.

The case began Oct. 6, 2013, when Discount Inn lodged a putative class action suit against the city in the U.S. District Court of Northern Illinois. Discount Inn argued, among other claims, the city’s weed ordinances call for allegedly excessive fines, ranging from $300 to $1,200 for such violations as failing to fence in open lots and allowing weeds to grow above 10 inches in height.

Discount Inn wanted the Chicago federal district court to strike down the ordinances and order the city to refund millions of dollars in fines, alleging the ordinances violated the Eighth Amendment of the U.S. Constitution, which protects against excessive punishment.

The city’s motion to dismiss was granted in November 2014, prompting Discount Inn to appeal to the Seventh Circuit Court of Appeals. However, the Seventh Circuit affirmed the lower court’s decision Sept. 28, 2015, ruling the fines were not exorbitant and the ordinances served a legitimate social purpose and governmental interest.

In asking the Supreme Court to review the appellate ruling, Discount Inn argued the ruling allows local government to “argue that the excessive fines clause is not applicable to local and state government, and such decision virtually ensures the constitutionality of any punitive fine despite the lack of proportionality between the punishment and the offense.”

Discount Inn also maintained the Seventh Circuit’s test to determine whether fines were excessive conflicts with rulings on the issue made by four other circuits, as well as relevant rulings by the Supreme Court. Specifically, Discount Inn argued, the Seventh Circuit failed to undertake a “fact-intensive inquiry” to ascertain if Chicago’s fines are in proportion to the offense and the degree of the offender’s “reprehensibility or culpability.”

Discount further contended the high court should consider the case because the Seventh Circuit acknowledged the “Supreme Court has not decided whether [the 'excessive' fines clause] of the amendment is applicable to state action by virtue of the due process clause of the Fourteenth Amendment – the vehicle by which a number of provisions of the Bill of Rights have been held to apply to the states and their local governments.”

In addition, Discount augmented its position by maintaining the Seventh Circuit “sanctioned a significant departure by the District Court from the accepted and usual course of proceedings” by wrongly applying the factors used to determine if a civil forfeiture, rather than a fine, is excessive.

Months may pass before the Supreme Court announces whether it will take Discount’s case. In lieu of the announcement, the Seventh Circuit’s ruling stands.

Discount Inn is represented by the following lawyers: Bernard Hammer, of Winnetka; Ilia Usharovich, of Wheeling; Sheldon Sorosky, of Wilmette; and William V. Saracco, of Chicago.