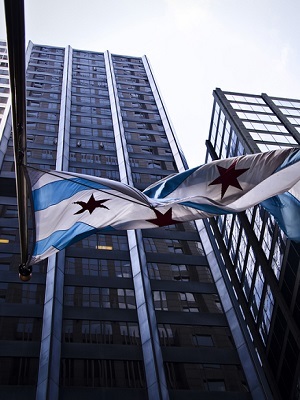 A group of people who claimed the city of Chicago seized their cars, refused to give them back even after it should have, and even pressured their lenders to repossess the automobiles, has received a green light to pull ahead with a class action against the city over its vehicle impound policies.

On Jan. 14, U.S. District Judge Joan B. Gottschall denied much of the city of Chicago’s attempt to dismiss the lawsuit, saying the plaintiffs had to this point demonstrated they should have a chance to make their case in court.

Represented by Chicago attorneys Edward R. Moor, of the Moor Law Office, and Paul J. Lytle, of Lytle & Milan, named plaintiffs Manuel Barrios, Brandon Fuller and Savannah Washington brought their action in March 2015 on their behalf and, putatively, on behalf of perhaps thousands of others whose cars allegedly have been wrongly held by the city and who may have been subjected to similar alleged treatment by Chicago Police.

The case centered on the alleged experiences of Barrios, Fuller and Washington when attempting to retrieve their cars from city impound lots after they had been seized by police in 2014.

According to court documents, Barrios’ 2012 Honda and a 2004 Pontiac owned jointly by Fuller and Washington were impounded by the Chicago Police Department after others who were either driving or were passengers in the vehicles were arrested on drug possession charges.

In each case, the charges against those who had been arrested in the respective traffic stops were eventually either dropped or reduced to misdemeanors, which should have given the owners of the cars the right to retrieve their vehicles from impoundment. Instead, the plaintiffs asserted the city refused to return the cars.

Barrios eventually retrieved his car after obtaining a Cook County court order. Court documents did not indicate if Fuller and Washington managed to retrieve their car.

However, plaintiffs alleged that, from the moment their cars were impounded, Chicago Police began contacting the lender holding the lien on their cars, leaning on the lienholder to initiate repossession procedures to prevent the car owners from ever getting their vehicles back.

The plaintiffs alleged these incidents, which they said violated their constitutional due process rights, were not isolated, but rather serve as examples of a city policy to wrongly impound vehicles, resist efforts to retrieve them and, simultaneously, pressure lenders to repossess the cars to prevent their return to their otherwise rightful owners.

The lawsuit named as defendants the city of Chicago, the Chicago Police Superintendent and the police officer who heads up the CPD’s Asset Forfeiture Unit Vehicle Office.

The city responded to the lawsuit with a motion to dismiss, asserting, among other arguments, that the plaintiffs lacked standing and the officer in charge of the Asset Forfeiture office was simply following city policy, and should be exempted under immunity rules.

Gottschall was receptive to the city’s claims regarding the officer, saying she, too, believed the officer should be granted immunity because he was only following city policy in contacting the car lienholders to encourage them to begin repossession procedures. She dismissed the claim against the officer, with prejudice.

However, the judge decelerated the city’s attempts to otherwise disqualify the plaintiffs. Among other tactics, the city attempted, for instance, to argue Barrios lacked standing to bring the case because he, after four months of fighting with CPD and City Hall, had gotten his car back, and because he should face no risk of losing his car again over this particular incident.

The judge said this might hold if Barrios had alleged he had been denied access to his car once, or if the city’s resistance had come as the result of a mistake. But that is not what is alleged to have happened in this case, she said.

“But Barrios has alleged that on multiple occasions – not just a single time – he tried to get his car back by providing what should have been definitive documentation establishing his right to drive his Honda out of the pound, scot-free,” Gottschall said.

Further, she said, Barrios’ lawyer learned from Barrios’ auto lender of the city’s attempt to persuade the lender to repossess the car.

“These allegations plausibly suggest that the City acted pursuant to a policy of trying to part people in Barrios’ situation from their cars, that the City attempted to attain this goal by following its practice of trying to convince Barrios’ lienholder to repossess his car, that City pound staff repeatedly refused to turn over Barrios’ car because that would thwart the repossession plan, and that Barrios was finally able to put the brakes on this practice by abandoning direct dealings with the City and filing a state court mandamus action,” the judge said. “This is enough to survive the City’s motion to dismiss.”

The judge further cut the throttle to the city’s contentions this case represented oversights on the city’s part not likely to be repeated, by noting Fuller has further alleged he has already scuffled with the city in the past over a similar impoundment, and noting puported innocent victims, like Barrios, could again run afoul of the policy should another friend, relative or other person in the car possess drugs in the car without Barrios’ knowledge.

And Gottschall also noted the city at no point in its motion to dismiss challenged the plaintiffs’ assertions concerning the number of other people who potentially may have been similarly wronged by the city. Plaintiffs had estimated other potential plaintiffs could number in the thousands.