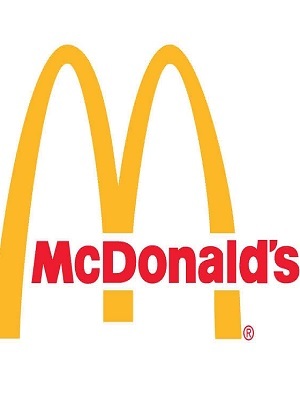 A Chicago federal judge has ordered up a legal victory for the National Labor Relations Board in the agency's ongoing effort to investigate McDonald’s and its franchisees over allegations of unfair labor practices lodged by labor unions seeking to secure a federal determination that McDonald’s and its franchise operators are, for the purposes of unionization, jointly employed by McDonald’s Corporation, and not just by the franchisees who issue their paychecks.

On Jan. 20, U.S. District Judge Samuel Der-Yeghiayan ordered nine franchisees, operating 13 corporate entities which, in turn run dozens of McDonald’s restaurants in Chicago and surrounding communities, to comply with subpoenas issued by the NLRB as part of its ongoing investigation.

The NLRB filed suit against the franchisees in October, as part of a series of actions filed against both McDonald’s USA and its franchise restaurant operators elsewhere, including in the New York and Philadelphia areas.

The legal tussle between the NLRB and Oak Brook-based McDonald’s and its franchisees began in 2014, when labor unions, including the Service Employees International Union, complained to the NLRB that McDonald’s should be held jointly liable with any of its franchisees for labor violations and collective bargaining decisions, including wages and benefits, that may arise at the restaurants, regardless of the franchise business model under which the restaurants operate.

The NLRB then followed up with sweeping subpoenas of company documents and records it claimed would help it determine how the fast food giant has partnered with its franchisees and has organized its business.

In the weeks since the NLRB introduced its complaints in Chicago federal court, the Chicago area franchisees have argued the subpoenas are overbroad and too intrusive and to comply with them would represent a heavy, costly burden, with no real indication the records requests would actually further the NLRB investigation.

In his Jan. 20 opinions, however, Der-Yeghiayan rejected each of the franchisees’ contentions, saying he believed the NLRB investigation and its related subpoenas, while uncomfortable and potentially painful for the McDonald’s restaurant operators, was not an abuse of the NLRB’s authority under the law or a regulatory overreach.

The franchisees, the judge said, “chose to enter into business and employ a substantial number of employees. There are certain costs associated with doing any business, and responding to allegations by the NLRB relating to labor issues may be one of those necessary costs.”

The McDonald’s franchisees were represented in the associated cases by the firms of Bond, Schoeneck & King, of New York, and Fisher & Phillips LLP, of Chicago.